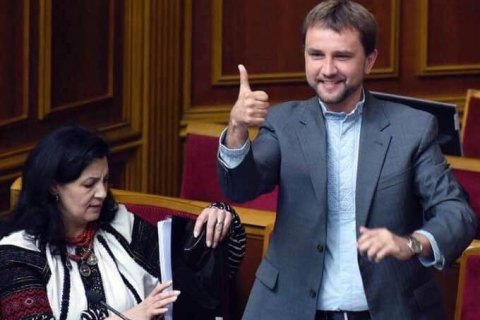 The former head of the National Memory Institute has become an MP. He joined the European Solidarity faction after MP Iryna Lutsenko gave up her seat.

"I am going into politics for Ukraine to be a home where people are wealthy and where you are happy to return to. For our children to talk to each other in Ukrainian, not ignoring foreign languages, to know our history that is not distorted from abroad, to watch confidently into their future that is not marred by war or the country's betrayal," he said on Facebook.

He pledged to be uncompromising with regard to national interests.

"Let the changes be Ukrainian! I am going in order to build the Ukrainian world and stop the 'Russian world'," he added.

He also thanked the European Solidarity party and Natalya Boyko, who was to replace Lutsenko in parliament but decided against using this opportunity.