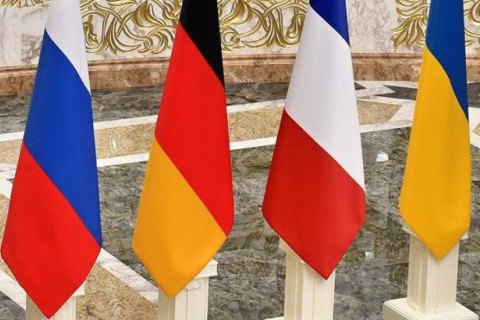 The leaders of Russia, Ukraine, Germany, France will meet in Paris on 9 December, Bloomberg has reported quoting French sources.

UPDATE: The Ukrainian presidential office has confirmed the meeting is planned for 9 December.

Ukrainian President Volodymyr Zelenskyy and the leaders of France and Germany were ready to hold the summit on 17 September but Russia backed out quoting "technical reasons".

Russia made the meeting contingent on the disengagement of materiel and troops near Zolote in Luhansk Region and Petrivske in Donetsk Region. Ukraine delivered on these conditions. The Kremlin acknowledged positive dynamics in preparations for the summit.

The four heads of state last met in Berlin in autumn 2016.