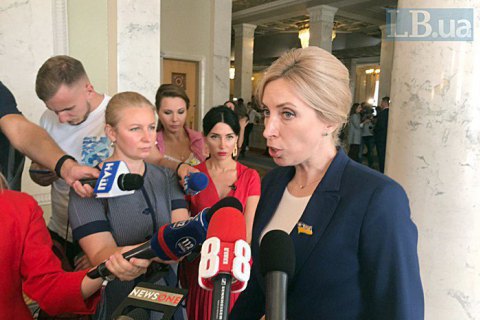 The Cabinet of Ministers' representative in parliament, Iryna Vereshchuk, has resigned.

She told journalists on the sidelines that she decided to step down because "we have not found a common language with the prime minister, it did not work".

She said that there was no pressure on her to leave.

"I believe that we have different views on approaches to communication between the Cabinet of Ministers and parliament. I believe that it is necessary to work with MPs in a more professional way, to take their opinion into account," Vereshchuk explained.

LB.ua reported that Vereshchuk may resign back on 13 November when she refused to support the launch of the farmland market, on which the government insists.