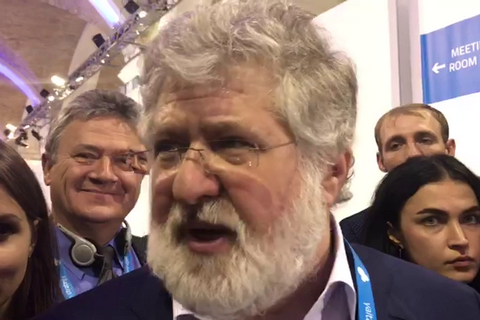 Yuliya Mendel, the spokeswoman for Ukrainian President Volodymyr Zelenskyy, has said that tycoon Ihor Kolomoyskyy has no authority to speak on behalf of Ukraine.

She was apparently commenting on Kolomoyskyy's recent interview with The New York Times where he suggested that Ukraine should give up on the West and improve relations with Russia.

"Ihor Kolomoisky is neither a representative of the government nor a member of Volodymyr Zelenskyy's team. He has no authority to speak on behalf of Ukraine or the Office of the President and no state affairs are discussed with him," she tweeted in English.

Kolomoyskyy is believed to be close to and supportive of President Zelenskyy.