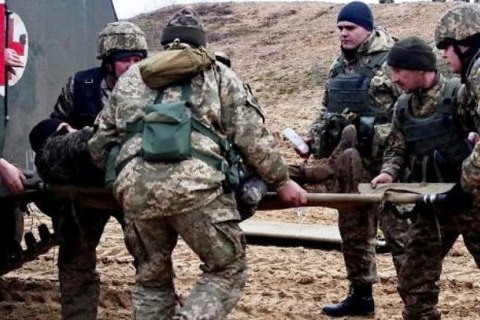 Two bomb disposal experts got killed and four wounded as a result of a shell explosion at the arms depot in Balakliya, Kharkiv Region, the press service of the Armed Forces' General Staff has said on Facebook.

The four wounded servicemen were rushed to hospitals, three of them are in a very heavy condition. The condition of the other one is of medium gravity.

On 23 March 2018, a massive fire broke out at Ukraine's largest arms depot in Balakliya. It was followed by explosions of 125-mm and 152-mm tank and artillery shells. One person was killed and two wounded. The damages inflicted by the incident ran into 220m hryvnyas.

The arms depot contains over 100,000 tonnes of ammunition. Shells used in the Akatsiya howitzers are the most dangerous as their range is up to 20 km.