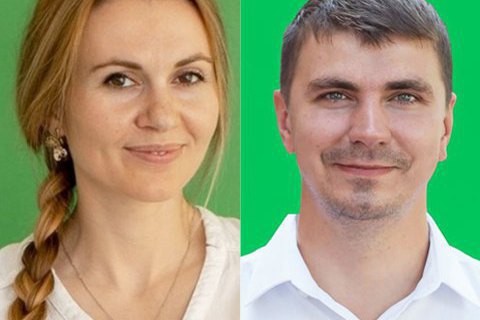 The propresidential parliamentary faction Servant of the People has expelled MPs Anna Skorokhod and Anton Polyakov.

"No specific evidence has been presented to prove that I did not vote, that I vote worse than others or differently, or that I skip sessions," Polyakov said.

Skorokhod said, for her part, that now she is free "to vote for the president's programme, not those lobbyist laws that have been pushed upon us under the label of the president's bills".

Both MPs said that they intended to further President Volodymyr Zelenskyy as unaffiliated MPs.

The Servant of the People faction consists of 250 MPs now.

Skorokhod was elected to parliament on the list of the Servant of the People party in single-seat constituency No 93 in Kyiv Region.

At a plenary session on 14 November, Skorokhod said that her civil partner, former owner of the Russian bank Pushkino, was detained in revenge for her dismissal to vote as the rest of the faction. Servant of the People faction leader David Arakhamiya denied the allegations and said that she would be expelled from the faction. He added that law-enforcement bodies would investigate her partner Aleksiy Alyakin over threats to the parliamentary committee on energy.

Polyakov was elected to parliament in single-seat constituency No 206 in Chernihiv Region.