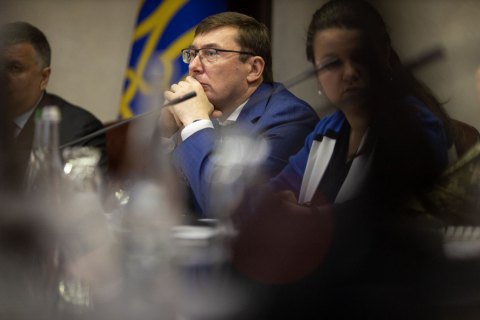 Former Prosecutor-General Yuriy Lutsenko has said that the former US ambassador to Ukraine, Marie Yovanovitch, tried to control the Ukrainian law-enforcement system, the allegations which she repeatedly denied.

Lutsenko said in an interview with Ukrayinska Pravda that it was for this reason that he criticised her in a conversation with Trump's lawyer Rudolph Giuliani.

"In the framework of the official SBU case, in accordance with the resolution provided by a Ukrainian court, we have established that NABU officials officially leak the procedural documentation to the American embassy. They transfer suspicion notices, information about investigative actions, reports on criminal proceedings, including Burisma," Lutsenko explained .

According to the former prosecutor-general, the US Embassy in Ukraine received information from a NABU officer about who would be served a notice of suspicion.

Earlier, Lutsenko accused Yovanovitch of lying under oath. On the eve of the public hearings in the US Congress as part of Donald Trump's impeachment process, Yovanovitch denied Lutsenko’s statements about a list of "protected" individuals from corruption investigations.