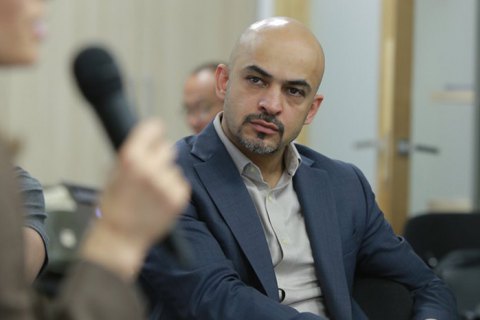 He said this at a news conference in response to a question about his current role in the company.

"Yes, indeed I work there. A deputy director general," he said.

He added that he wants to turn the concern into a strong corruption-free business.

"I was a journalist, an MP, a public figure... But I will tell you one thing: the executive branch does a titanic job in this country, just a titanic one... When you look at the state machine, there are definitely bad and definitely good [people]. There are two ways out. [One is] to say: all are good, get out of there, nothing will happen there. And there is a second way, which is to support those who are doing something, find them and, while strengthening them, push others out of the system," Nayem said, explaining his reasons for taking up this job.

The website of Ukroboronprom currently says that its director Aivaras Abromavicius has seven deputies. Nayem is not on the list.