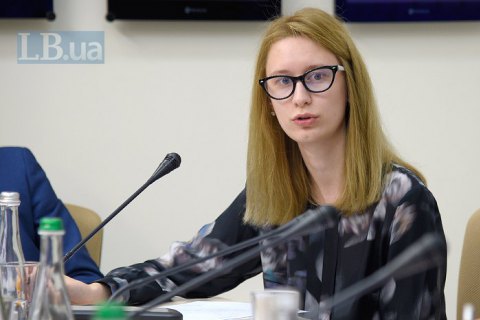 Servant of the People MP Roksolana Pidlasa has said that it is too early to speak about the opening of the land market to fully foreign-owned companies until a full-scale loan programme for small and medium-size farms goes in operation.

She was speaking at a roundtable discussion entitled "Battle for land. In search of compromise" hosted by Gorshenin Institute.

“We, as a faction which should finally approve the bill on the land market, hear the arguments of both our parliamentary colleagues and business representatives. Yes, there are more than 1,300 companies with foreign capital in Ukraine that have cultivated land for many years. And the initial concept was to equalize the rights of Ukrainian companies with foreign capital, which have been working here for more than three years, with fully Ukrainian-owned companies. But now, as we see, we have a political position of the team on the need for an all-Ukrainian referendum. And this is a consequence of the excessive politicization of this issue because both the economic feasibility studies of this issue and the calculations show that even if companies with foreign capital are allowed to participate in the land market, the economic effect on GDP growth will be higher – 3.3% without foreigners versus 3.8% with foreigners. Yes, Ukrainian farmers do not have access to cheap financial resources and until we have a loan programme for small and medium-sized farmers, it is a bit premature to talk about opening a market for fully foreign-owned companies," Pidlasa said.

According to the MP, one of the most sensitive issues of the draft law on the land market, which is being actively discussed in preparation for the second reading, is how much land one owner can accumulate.

"We have heard a lot of criticism and discussions and now the position of the Servant of the People is such that we are ready to review the volume of land per owner by decreasing it both at the level of the whole country, a region and a united territorial community. By the way, in comparison with the government bill, our bill reduces the volume of concentration at the regional level from 15% to 8%," she added.