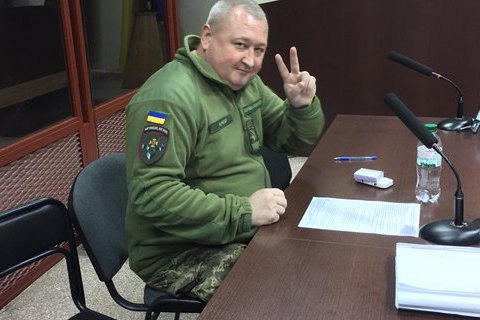 The Kyiv court of appeal has heard a motion filed by the lawyers of Gen Dmytro Marchenko against keeping him in custody, Censor has reported.

A range of MPs, senior military and police officers were ready to stand surety for Marchenko, who is the head of the main department for development and material support at the Armed Forces. He was put in custody over the case of bulletproof vests of reportedly low quality.

The court rejected the appeal and ruled that Marchenko should stay in custody until at least 3 January. However, it lowered the bail from 76m hryvnyas to 20m hryvnyas.