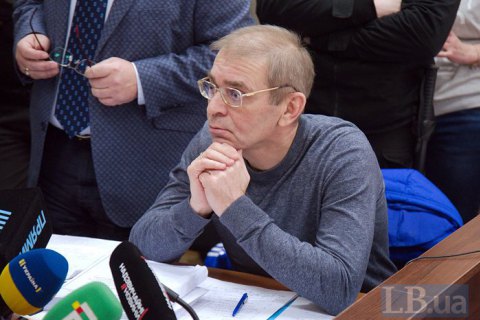 The prosecution wanted his custody to be extended until 4 February 2020, claiming that he may influence the investigation, in particular on witnesses to make them change their statements.

The prosecution presented a statement by witness Tetyana Blystiv, who was Pashynskyy's aide from 2006 to 2014. She allegedly said that she and Pashynskyy had arguments about job matters, one which ended with the MP threatening her. She also protested her dismissal.

Pashynskyy's lawyers said that Blystiv is a suspect in a gross embezzlement case and may be interested in testifying against her former boss.

Lawyer Andriy Fedur said that the suspicion against Pashynskyy was unsubstantiated as he never avoided investigative actions. He asked the court to release the ex-MP from custody. Eight former and sitting MPs said that they were ready to stand surety for him.

The judge rejected the appeal.

Pashynskyy has been in custody since 7 October over the December 2016 incident with a resident of Kyiv Region, Vyacheslav Khimikus.