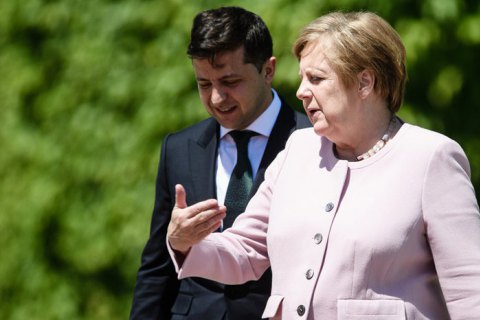 Ukrainian President Volodymyr Zelenskyy and German Chancellor Angela Merkel have discussed preparations for a meeting of the heads of state in the so-called Normandy Four format comprising France, Germany, Russia and Ukraine. The meeting is scheduled to be held in Paris on 9 December.

On 27 November, Zelenskyy said that he was ready for a private meeting with Putin as part of the Normandy Four summit.

"I think that there will be many bilateral formats. I am confident that there can be a format with both Mrs Merkel, Mr Macron and Mr Putin. We are ready to talk in any format in the Normandy Four format," he said.