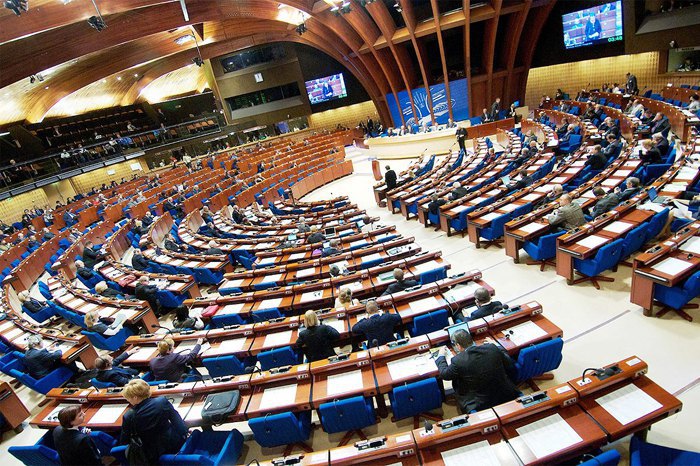 Photo: Facebook/Parliamentary Assembly of the Council of Europe

It would be strange if six months, before its triumphant return to the PACE session hall, Moscow did not prepare for a complete revenge. Should we be looking for anyone to blame? I think it is a wasted effort: there is nothing you can do about it. Especially since it was clear back in the days of the former Ukrainian authorities and delegation that the Russians would return.

However, it should be mentioned that Ukraine missed the only possible chance to block such a rapid Russian advance. Last autumn Ukraine did not organize a joint demarche with the participation of supportive countries. And there were quite a few of them. The most embarrassing thing is that this policy was initiated - as some foreign MPs say privately – by the former head of the parliamentary committee on foreign affairs. According to some credible sources, he was the one who sabotaged negotiations on this in Riga.

However, even this is of no particular importance now: no-one has learned or will learn the lesson from that story anyway. We simply missed a favourable moment when the rhetoric of countries such as Georgia, for example, with regard to Russia was harsher. Now we are outraged and blaming the president of this country, while keeping mum about our own flaws again. At the same time, we, for our part, do not support the Georgians in their fight against the creeping occupation of new territories by Russia.

Yes, a lot has changed since last summer-autumn, and fewer PACE delegates speak about the occupation of Donbas and the annexation of Crimea. And many, as recent polls show, do not even consider these issues important. 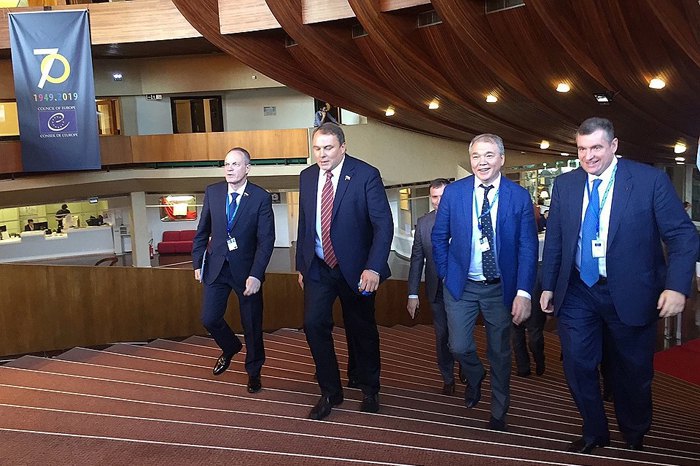 Photo: KP
The Russian delegation led by Petr Tolstoy is returning to the PACE session hall

And now we are outraged that the sanctions have been cancelled, that Russia will be much better protected from penalties in the Council of Europe in the future, that Petr Tolstoy, deputy chairman of the Russian State Duma, is now a PACE vice speaker. They are talking about a resolution that was prepared by the pro-Russian politician and about its full return without any restrictions.

In general, the reaction is strange, to say the least, because only an idiot could not understand that Russia's mandate would be restored at no additional cost and without delay. And it was. With great pomp and all the due honours.

What are the Ukrainian MPs to blame for? For naivety and negligence. I should note that when there was an expert discussion on an action strategy of the Ukrainian delegation to PACE, only two Ukrainian MPs attended it, one of them being the head of the delegation. Everyone else apparently did not give a damn about Ukraine or PACE.

I would like to remind you that European bureaucrats, just like the leaders of individual states, have deceived Ukraine. After all, how was the return of Russia to the Council of Europe presented to us? As the need to ensure the supremacy of international law in the Russian Federation. By the way, a Lithuanian MP used this wording in his appeal when he attempted to challenge the return of the Russian delegation to PACE. He put it clear: Russia does not obey European Court of Human Rights rulings.

I hope no-one has forgotten about the constitutional reform that Putin has been pushing for in Russia. It was clearly stated: the national law of the Russian Federation will be above international law. 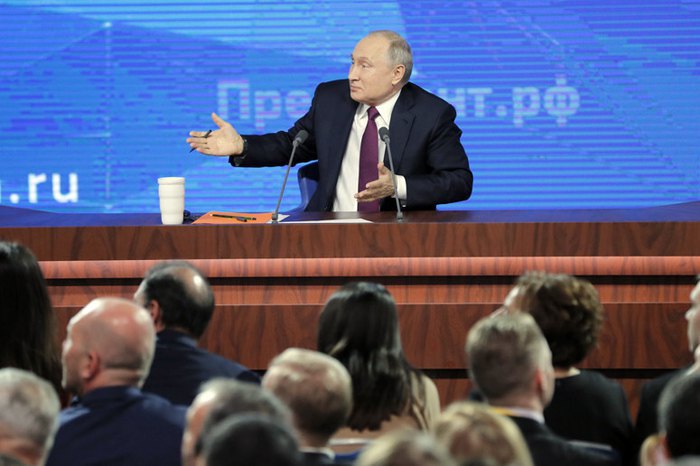 The Lithuanian representative's concept was right. The problem is that nobody from the Ukrainian side expanded it. Even though there was a chance to do so, to say that the new Russian "reform" threatens human rights. This resolution may have had a higher chance of success. Just like the proposal to review not individual commitments that Russia never respects, but the entire list of commitments undertaken by the Russian Federation to the Council of Europe in the early 1990s. Because the later are outdated by one third. Because they mention agreements that no longer exist.

Although these are not Ukrainian delegation and the member states of the discreet alliance in support of Ukraine in the Council of Europe that are to blame. We need to blame the European bureaucrats who sold us out for $33m. That’s how much Ukrainian sovereignty costs according to the estimates of Council of Europe officials.

And now we are getting to the point of what is going on, to its exact description. They simply sold Ukraine, having lined the bureaucrats' pockets. Did Russia win? Yes. Because despite the uselessness of all this tricky nonsense, it has showed all its opponents once again that European bureaucracy is for sale. That PACE no longer is.