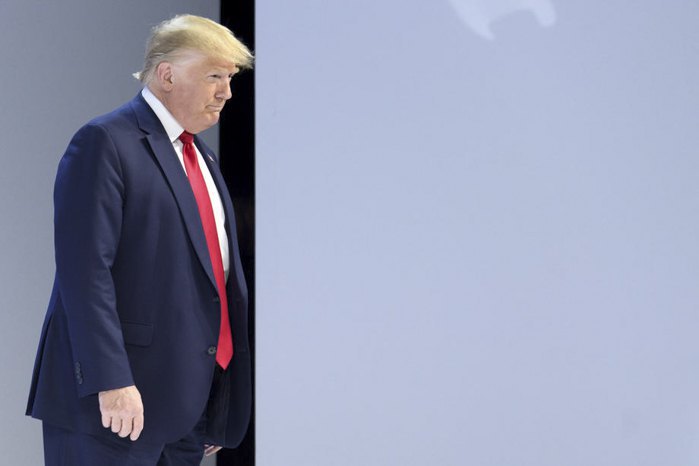 In 2020, the United States will hold a presidential election. While the Democratic Party camp focuses on the unusually competitive primaries, Donald Trump is gearing up for his election campaign.

LB.ua is analysing one of the main components of Trump's 2016 election manifesto, which is economy. We look at the American economy in terms of macroeconomic indicators during the Trump presidency. Although some of the indicators depend on external factors or actions of past administrations, this review will give an understanding of the main victories and defeats of the incumbent president.

First of all, we should look at the most popular tool for measuring economic growth, which is GDP growth. Here the USA has something to be proud of as in 2019 it amounted to 2.9%, which practically corresponds to the growth rate of the global economy and is ahead of the average growth of developed economies for this year (2.3%). Moreover, since January 2017, the quarterly GDP growth (compared with the same quarter of last year) was at least 2%. Even more important is the fact that the economy has been growing for more than 10 years in a row, thus setting a record for the United States. The United States broke the previous record (set in the early 90s) in the summer of 2019, and forecasts for 2020 and 2021 indicate that a new fall is unlikely anytime soon. 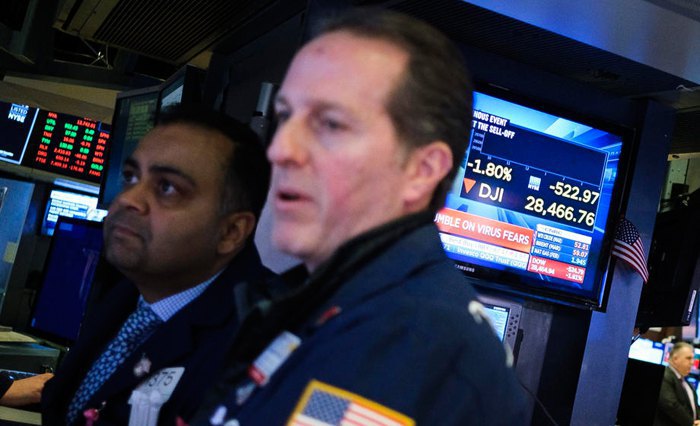 Stock markets continue to grow. The Dow Jones Index has increased by 65% since January 2017 and S&P 500 by 70%, annually updating historical records. This growth indicates investors' high estimate of the US economic potential. On the other hand, analysts warn that market growth is much faster than economic growth, and this threatens a collapse in the future.

An equally important traditional indicator of economic growth is the dynamics of unemployment. Here, supporters of the American president have something to say. The unemployment rate over the past three years has fallen from 4.5% to 3.5%, a record for the past half century. Nevertheless, unemployment has been gradually declining over the past 10 years (in 2010 it was almost 10%).

That is why the dynamics of GDP and unemployment can hardly be used to assess Trumponomics: everything depends on both the favourable external economic situation (the absence of big shocks) and the policies of predecessors. Another thing is stock markets whose rapid growth is most likely to be associated with Trump's love for American big business.

Party of Bush and Reagan

Tax reform became one of the main economic projects of the incumbent American president. It made Trump close to the Republicans not only socially but also economically. In addition to social changes (in the administration and balance of federal and national revenues), the leitmotif of the reform was a reduction in the corporate tax from 35% to 20%. This is the lowest rate since the start of World War II. 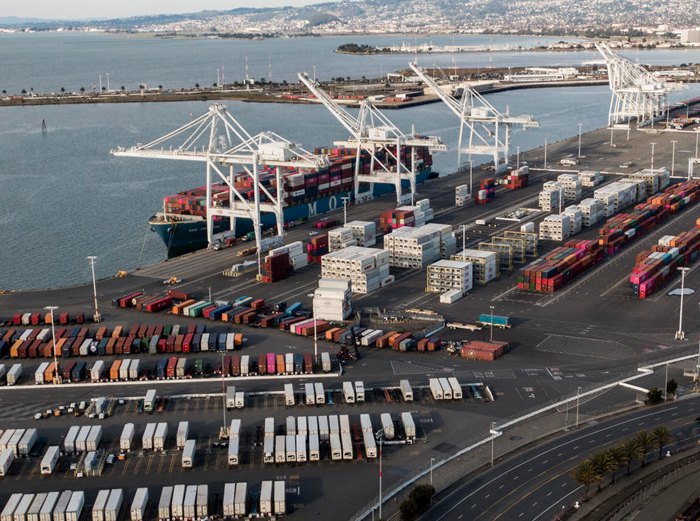 The main goal of this reduction was the desire to bring back the companies that fled from the United States to tax havens. It is too early to judge whether this yielded the expected results as it is a long-term project spanning decades. However, what is already known for sure is that all potential Trump opponents' programmes promise to raise the corporate tax at least twice. This means that Trump may suffer the fate of Obama, whose main brainchild (the health insurance system known as Obamacare) risks being temporary.

The budget deficit and external debt also bring Trump closer to the Republicans of recent decades. The fiscal discipline often attributed to the Republicans has ceased to be the party's mandatory feature since the presidency of Ronald Reagan. Under Trump, the budget deficit grew from 3.2% of GDP in 2016 to 3.8% in 2018. But the forecast for 2019 - 4.7% of GDP - is even stronger. This is higher than in 2013. It is worth noting that the peak happened in 2009, when the deficit amounted to as much as 9.8% of GDP.

Foreign economic policy has become one of the main drivers of the Trump election campaign in 2016. Then, the presidential candidate of the largest economy insisted that foreign policy should become more pragmatic and focus on the economy. Trump's policy was based on three pillars: alliances should be more pragmatic, multilateral agreements should be replaced with bilateral ones, and the negative trade balance should be reduced. 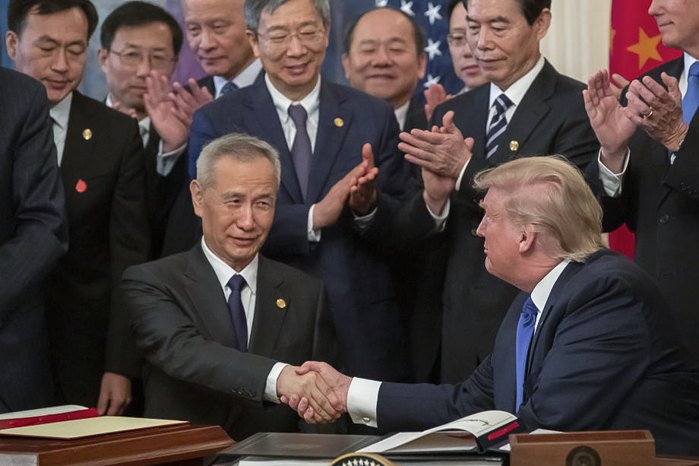 Photo: EPA/UPG
Chinese Vice Premier Liu He and U.S. President Donald Trump shake hands during a signing ceremony for "phase one" of the U.S.-China trade agreement in the East Room of the White House, 15 January 2020

The economic effect of making alliances more pragmatic is difficult to measure. First, most of the plans have remained on paper (for example, a fourfold increase in the maintenance cost of American bases for South Korea). Second, both commercial victories (arms contracts with Saudi Arabia) and political risks (Pacific drift towards China) cannot be considered in the short term.

It is much easier with the two other points. An assessment of the cost of abandoning the Trans-Pacific Partnership or renewing the North American Free Trade Agreement shows insignificant US economic losses or bonuses. Much more important is the trade war with China. The losses of the United States and China in the trade war over nine months of 2019 alone amounted to 53bn dollars. And although the blow mostly hit China, indirect losses (for logistics and trade) will affect with the American economy for many more years.

Although Donald Trump describes the January agreement as a victory, an assessment of some of its provisions rather gives reasons for concerns about the American economy. Most of the disputes remain unresolved, and the mechanism for resolving them is unreliable, which prepares us for a new round of war. Moreover, the main beneficiaries are Mexico, Taiwan and Vietnam, which will intercept part of their exports to the United States or China, respectively.

Why is the White House talking about victory? The answer is in Trump's third priority, the foreign trade balance. New duties and restrictions can significantly reduce the negative trade deficit with China. Indeed, thanks to the new agreement (and a number of softer measures with other partners), the US trade deficit has decreased by 15% over the past quarter. However, since Trump's inauguration, the trade deficit has increased, and now it has only returned to what it was in 2016. At the same time, as in the case of economic growth, the growth of deficit in recent years could be a delayed effect of the previous administrations. 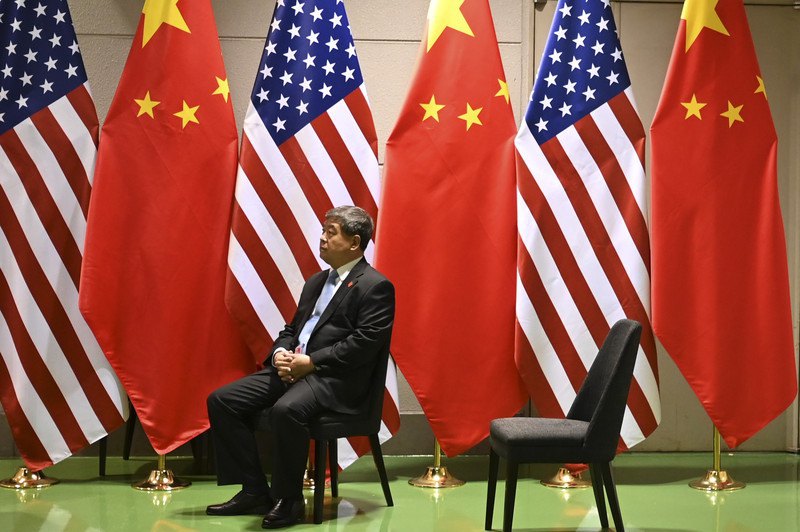 Finally, it is worth noting that Trump’s immediate economic gains and failures are unlikely to affect his presidential bid. The Bloomberg described the main reason for this in its analysis of the new North American Free Trade Agreement. It noted that in 2020 serious positive and negative effects on the American economy can only come from outside. This means that the president will be judged by the state of the world economy rather than his immediate victories and defeats.