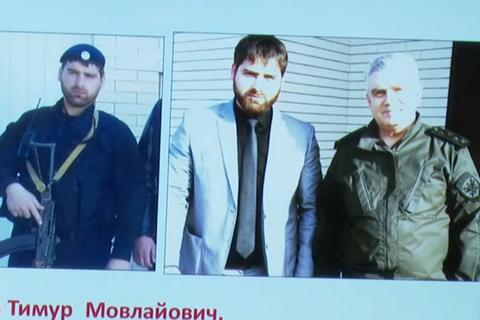 Timur Dzortov, one of the suspects
Photo: SBU screenshot

The Security Service of Ukraine (SBU) has completed an investigation into the attempt on the life of a Ukrainian intelligence officer in Kyiv on 4 April 2019, according to the Prosecutor-General's Office website.

According to investigators, the crime was organized by employees of the Russian special services and was to be carried out by two Russian nationals who used to work in law enforcement. They entered Ukraine using fake Kyrgyz passports.

The attempt failed because the bomb exploded when they were attaching it under a car. One attacker was heavily wounded and detained. His lost a hand.

The SBU identified this saboteur as Russian national Aleksey Komarichev.

Seven people were detained. Among them were members of the reconnaissance and sabotage team (former deputy head of Ingushetia Timur Dzortov) and their accomplices (for example, an employee of the Ukrainian Fiscal Service who provided confidential information about the victim's car for 200 hryvnyas).

The suspects will be tried for attempted terrorist act, illegal handling of arms, and the use of fake identification documents.