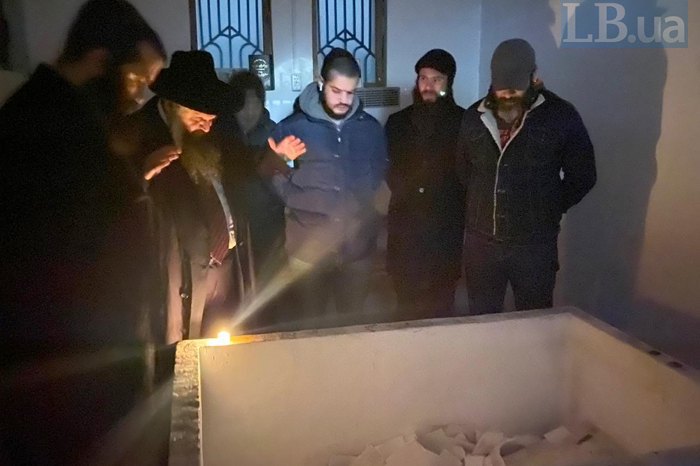 Chief Rabbi of Ukraine Moshe Reuven Azman has prayed at the grave of Chornobyl Righteous Menachem Nachum Twersky for US President Donald Trump and for his efforts to bring positive results for Ukraine, Israel and the Jewish people, an LB.ua special correspondent has reported.

The prayer was specifically held ahead of Trump's announcement of the Middle East peace programme as part of his "deal of the century".

Chief Rabbi of Ukraine Moshe Reuven Azman, his sons and members of the Anatevka Jewish community took part in the prayer. Two years ago, Moshe Azman wrote a special prayer for the success of President Trump which is read in the Kyiv'c central Brodsky synagogue.

At the ceremony last night, the Rabbi repeated twice that Trump would not be impeached. 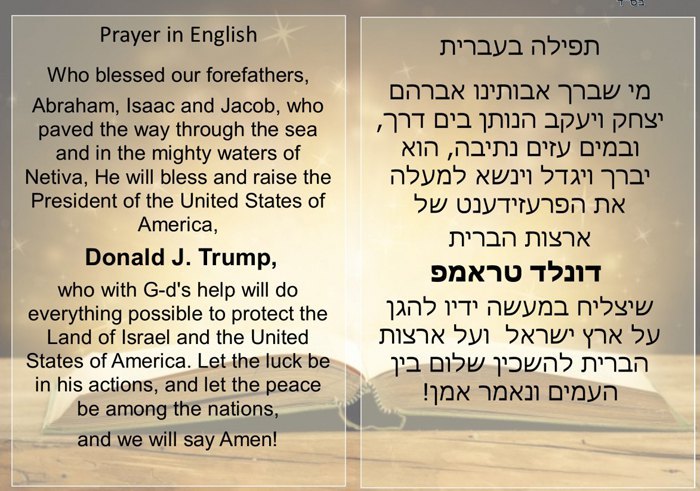 Today Trump and Israeli Prime Minister Benjamin Netanyahu are expected to announce the text of the "deal of the century", an agreement which defines Israel's sovereign right over Jerusalem and a number of other territories.