The war of the towers turned into a purge

Putin’s recent address to the Federal Assembly and the beginning of constitutional reform are essentially the end of the balance of power in the Russian Federation. Surkov’s departure may be another confirmation of this.

Let us look at the picture more or less sensibly. Some starting points are already visible. First, Putin has strengthened his own position. And it will soon be pushed through the constitution. For the layman, this means delegation of authority to fictitious bodies plus maternity capital and hot lunches in schools. But in practice, this means the creation of the State Council, the strengthening of the security forces, the imaginary president and the new Secretary General who will be elected by 30-60 people and will not be replaced. The latter is Putin. 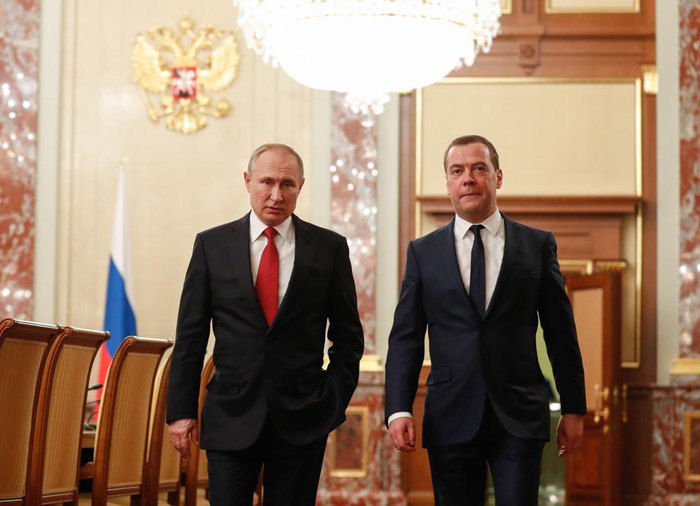 Medvedev is tipped to be a future president (the so-called successor). In fact, it is a transit to nowhere. Now Dmitry Anatolyevich is nothing more than a person who will sync compare notes with absolutely everyone: from the State Duma to a governor, a regional prosecutor and the State Council led by the Secretary General.

Medvedev, for his part, was replaced by the new prime minister, Mikhail Mishustin, the irreplaceable head of the Russian Tax Service, who, with the help of the FSB's technical capabilities, collected data on all Russian transactions. By the way, he is a relative of a KGB general.

Medvedev's whole team, almost all people close to him, left or lost their positions. In particular, we see how it affected the Defence Ministry and the General Staff - the two structures that supported Medvedev during his presidency.

After all, what did Putin do? Yes, he left permanent Shoigu in the role of defence minister. However, he left it to the State Duma to approve the government. It just so happened that, according to the Constitution, the one that is still in force, the head of the Defence Ministry is appointed by the president but is accountable to the prime minister under federal laws. Previously, no-one paid attention to this.

Now they will have to pay attention. Because in the future everything will depend not only on the president (whose authority will be cut) but also on the State Duma which will approve the government, the Council of Federation which will control the security forces, and the State Council which will manage everything.

This means that the minister and the head of the General Staff can be put into an uncomfortable position at any time. Moreover, the opposite camp (FSB) is not exposed to such risks. 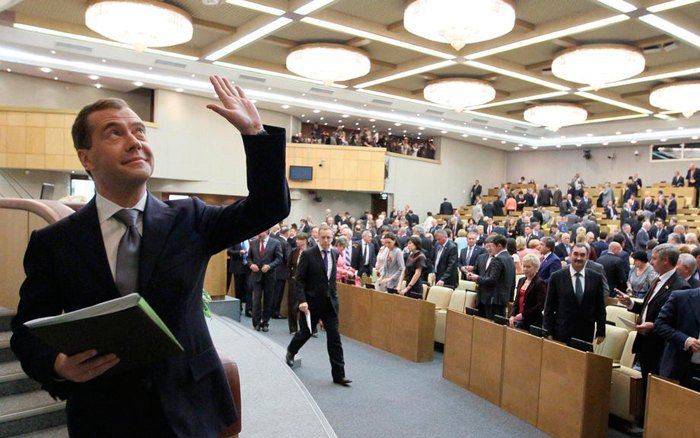 Now all power is vested in Putin's associates in the KGB. All those people whom Medvedev and his team were trying to shake have restored their authority and kicked Medvedev out along with his entourage.

Surkov, who is the creator of the Novorossiya project or rather his ideologist, ceased to be its supervisor. Everything, as Russian sources say, has been delegated to Dmitry Kozak. In practice (to put it as simple as possible), this means that the FSB has won over the Main Intelligence Directorate (GRU). After all, each of the two was supported by different camps. In other words, the war of the Kremlin towers, which has been the talk of the town in the last five years, has simply turned into a purge. The purge of the military wing. Although in fact, and this usually happens this way, it is all only temporary.

Kozak and the "Ukrainian issue"

However, let us get back to Surkov’s departure. His likely resignation is a direct consequence of, as we have said, the Kremlin’s mopping-up operation. He previously competed with Kozak. In the end, according to Surkov's channel, they left the latter. Kozak, for his part, also did his best, blocking funding for Surkov on a number of initiatives. By the way, now Kozak has taken the post of deputy head of the Russian presidential, the position that Vladislav Surkov once occupied.

Meanwhile, let us finally figure out what this entire Kremlin war means for Ukraine. Apparently, it is fraught with much more serious consequences. 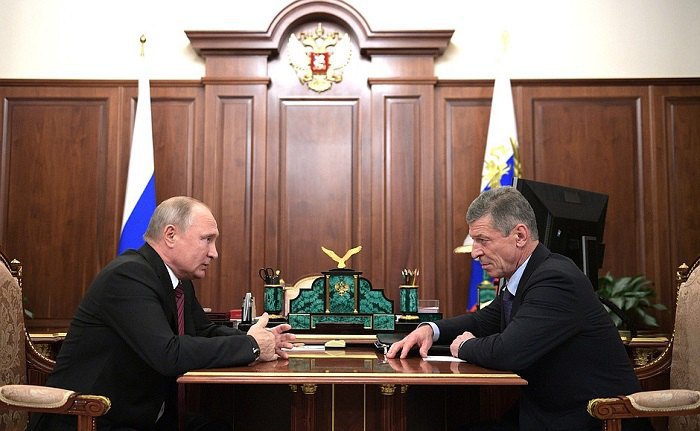 Now, the Kremlin is most likely to have selected the scenario of exhausting Ukraine not for resources but through constant military escalation in Donbas and bold subversive activities in the territory controlled by Kyiv. Now the main thing is to shoehorn Donbas to Ukraine with all the ensuing consequences.

What will we see? A more aggressive policy towards the Ukrainian media. Some will be bought, some will be made tame, and some will get disbanded. Those political forces that support a pro-Moscow course will strengthen their positions. For this, it will be necessary to show that the current government is absolutely unfit. Excellent ground has been created for this: just look at the faces of the single-party majority and at individual ministers. Next is the organisation of protests. After all, what is most important here is to create the possibility of uniting the authorities and pro-Russian forces.

Someone will say that this is a fiction. But then your attention will be drawn to what happened in Moldova. And, by the way, it was Dmitry Kozak who made it happen.

Is the Moldovan scenario awaiting Ukraine?

What happened in Moldova? First, they removed the country's main oligarch, Plahotniuc, a man who at times allowed himself to block Chisinau airport for Russian security officials. Some of them he even made personae non gratae. He had all power in his hands, from prosecutors and judges to parliament.

He got removed by the EU, the USA and Russia. This means that it was a test of the scenario when Moscow, Brussels and Washington made a trilateral decision on a particular country. The same can happen to Ukraine. And we will say more about this.

Next, pro-European and pro-Russian forces formed a temporary coalition, which lasted six months before it began to crumble. Then, pro-Russian President Igor Dodon, who had previously had no influence, received full power. 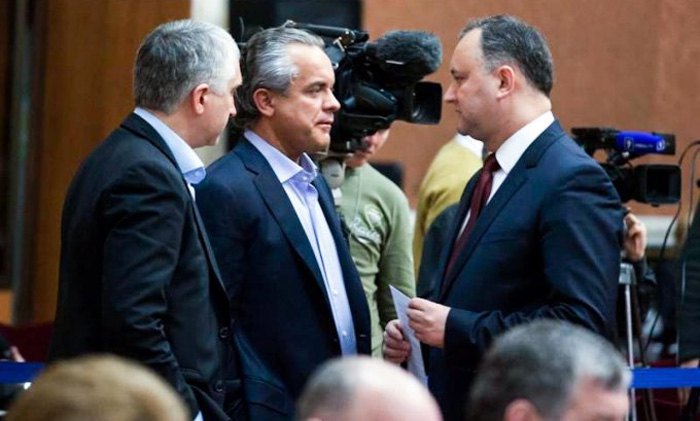 What did Russia get? Control over Moldova and its governor-general.

Who did this? A former deputy prime minister of Russia and now the person in charge of the "Ukrainian issue", Dmitry Kozak.

I think that a similar scenario will be used in Ukraine (maybe in Georgia as well). The oligarchic field will be cleaned up in Kyiv and then they will try to undermine the authorities and create some kind of an inadequate coalition, and ultimately, they will try to transfer all control (openly or behind the scenes) into the hands of a comprehensible person. There is no need to make special guesses here.

Before this, one important step should be taken: to completely shoehorn Donbas into Ukraine.

Why will the Kremlin rush this scenario? Because it is necessary to have time to agree with everyone. Not in Ukraine but beyond its borders. And look how well they have planned it: the USA (as usual before a Russian attack) has an election this year, Merkel will resign in 2021 , Macron will begin his election campaign in the same period. It is very convenient from the point of view of important issues of concern, given the influence of Moscow on certain processes in the West. 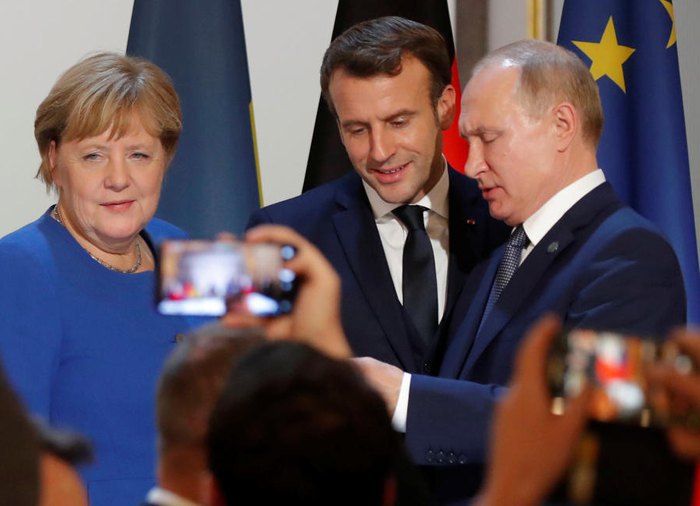 However, another thing is also interesting, which is how Surkov justified his move. He took a pause for meditation for a month, until March. This is curious since large-scale protests against Putin and his constitutional reform are planned to be held in Moscow in March.

Let us see what Surkov and those people who are above him will say.

So far, it is said in the Kremlin that the decree has not been signed. Maybe this means that Vladislav Surkov is trying to overtake his rivals and consolidate his position, or maybe he is already just meditating...