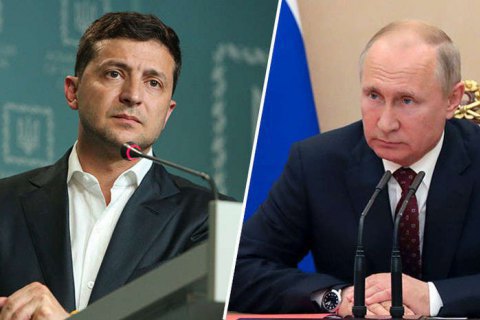 A meeting between Ukrainian President Volodymyr Zelenskyy and Russia's Vladimir Putin in Jerusalem was not on the former's schedule, Israeli Ambassador to Ukraine Joel Lion has said in an exclusive interview with LB.ua.

"I did not even know it was planned. It was not on the schedule," he said.

He said that he was not aware of any requests from the Ukrainian president's office to arrange the meeting.

On 22 January, some media reported that Zelenskyy and Putin may meet on the sidelines of the Holocaust Forum in Jerusalem. Zelenskyy's office said that a meeting was not planned, but the Kremlin said it was possible.

On 23 January, Zelenskyy visited Israel for the Holocaust Forum but did not attend it. He offered the seats of the Ukrainian delegation to Holocaust victims and their families. Thus, he skipped the key ceremony of the forum, where one of the speakers was Russian President Vladimir Putin.