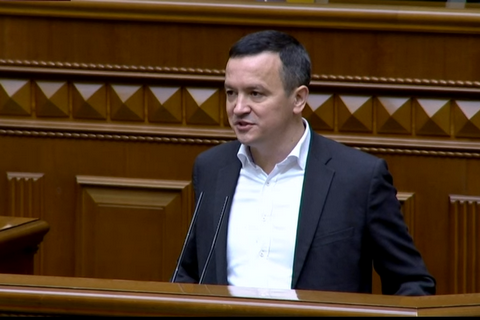 Parliament has appointed Ihor Petrashko minister of economy, trade and agriculture at its extraordinary meeting on 17 March.

He was a deputy director-general of the Ukrlandfarming agricultural holding.

Introducing the new minister, Prime Minister Denys Shmyhal said that Petrashko has "strong managerial record" since over the last seven years he had managed a large company of 30,000 employees. "I consider him one of the best economists in Ukraine, which will help us move forward, including on the eve of the economic crisis," Shmyhal said.

Petrashko agreed with Shmyhal that Ukraine and the whole world were on the verge of an economic crisis due to the coronavirus pandemic.

The minister promised to continue the policy of deregulation and reduce administrative pressure on business.

Petrashko graduated from Lviv National Polytechnic University, has a bachelor's degree in business administration, and in 2001 received an MBA from a business school at Vanderbilt University.