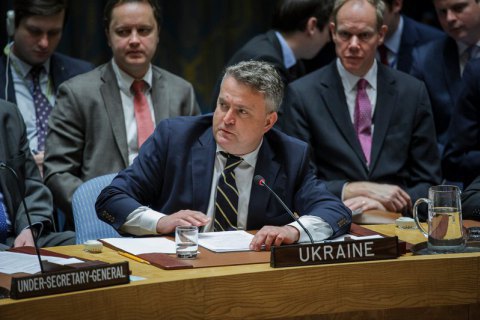 The Office of the Permanent Representative of Ukraine to the United Nations intends to involve the UN in the reconstruction of Donbas.

According to the diplomat, currently, the key requirement of the Ukrainian leadership is to use UN resources and tools to end the war in Donbas. At the same time, Kyslytsya noted that the “red lines” set by Kyiv in relation to Russia would not be crossed.

“They (Russians) pretend, or maybe sincerely believe, that when the authorities change in Ukraine, when the ambassador changes, everything can happen in a new way. But then they realize that if Ukraine defends its interests as a state, then, in fact, a significant number, if not all, of the ‘red lines’ remain the same. I have no intention of changing those red lines. Actually, I don’t have the president’s permission to change these ‘red lines’ which [Yuriy] Sergeyev and later [Volodymyr] Yelchenko defended,” the ambassador said.

Earlier, during an open debate in the UN Security Council, Kyslytsya said that the temporary occupation of Ukrainian territories and the seizure of Crimea by Russia constituted the most egregious violation of the UN Charter over the past few decades.