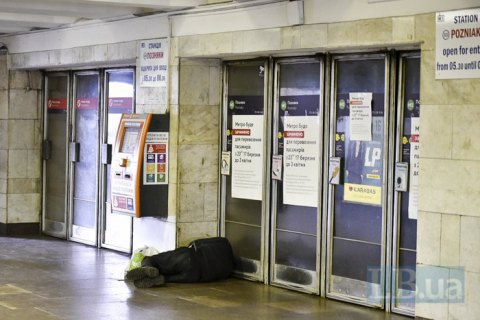 Prime Minister Denys Shmyhal has ruled out re-opening the subways in Kyiv, Kharkiv and Dnipro until the quarantine period is over.

“One of our main steps to save health and in many cases people’s lives was to close the subway. Our task is to limit as much as possible and to induce as broad self-isolation of people at home as possible. Every day Ukrainian subways in three cities carry around 2 million people. Within two weeks, unless we stop the subway and this passenger traffic, these 2 million will get ill. Calculate the mortality rate and this will be the price of weakness and non-taking of the decision to stop the subway. Britain and Spain, which restricted the subway traffic but did not stop it, have the quickest infection rates,” he said at a government briefing on 18 March.

“The government decision stays the same. The subway must be closed,” he said.

Three Ukrainian cities have subways. All of them were shut down on 17 March.