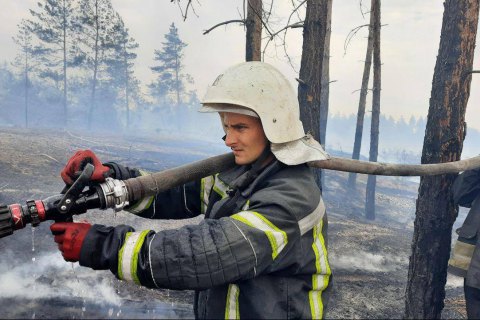 Wildfires, which have been raging in Luhansk Region for four days now, are still active in seven spots, the State Emergencies Service has said.

Thirty-two settlements have been affected and 150 people evacuated.

According to the State Emergencies Service, seven people have died, four gone missing and 18, including three rescuers, been injured as a result of the fire.