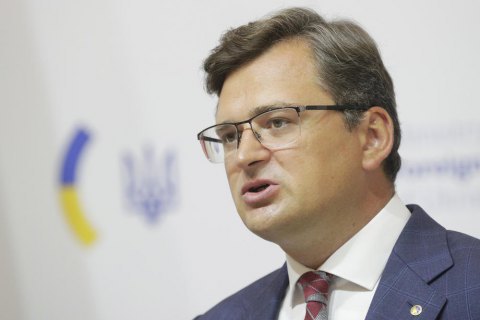 Ukraine plans to align itself with EU sanctions on Belarus, Foreign Minister Dmytro Kuleba has said in an interview with the BBC Ukrainian.

"I want to see the final legal decision on who is on this list. But yes, we are ready to join these sanctions because this is a matter of consistent policy. Ukraine believes that in this situation it is important to act as one front. We are doing everything we can to help the people of Belarus in this difficult situation," Kuleba explained.

He noted that the price of such solidarity for Ukraine is much higher than for the EU or NATO because Ukraine is not under the "umbrella of protection" of these associations, and the expansion of Russia's influence in Belarus threatens Ukrainian security.

Earlier, Kuleba said that Ukraine does not recognize Alyaksandr Lukashenka as the legitimate president of Belarus.