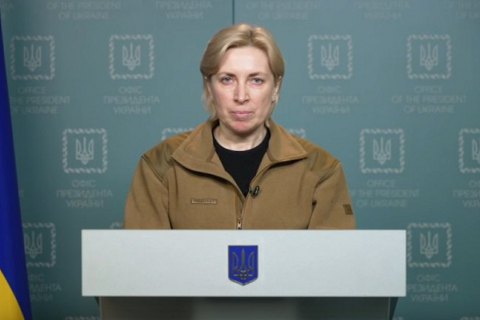 The Minister for Reintegration of the Temporarily Occupied Territories of Ukraine, Iryna Vereshchuk, stated the Russian army, using the agreement about the "ceasefire" in the Donetsk region, set on March 5 from 9:00am to 4:00 pm to evacuate the population, is moving forward.

"Our troops report that the Russian army, using the ceasefire, is advancing," the official said.

Vereshchuk also appealed to the Russian authorities to stop the advance of the Russian army. According to her, the information is being clarified.

"There must be no advance of Russian troops. We use such a channel to evacuate civilians - women, children, as well as to deliver humanitarian aid to those who remained," Vereshchuk said.

Today in Mariupol, the Ukrainian side has called the ceasefire from 9:00 till 4:00 pm to begin the evacuation of the population at 11:00 am.