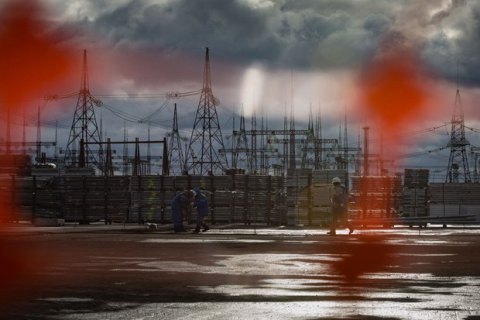 People who were working at the Chernobyl nuclear power plant on the first day of the Russian invasion remain at the station and are exhausted.

The mayor of Slavutych Yuriy Fomichev reported about it, informs Suspilne.

"We can't replace people; they have been working their shift for ten days now. They have split into two groups, they are changing each other, but they are tired morally, physically and emotionally," Fomichev said.

According to his words, this situation threatens the nuclear facility itself.

"We said that the staff should work stably. In addition, the wheels of military vehicles that pass through the Chornobyl zone bring radioactive dust to the whole territory of Ukraine in the direction of Kyiv, and it has not stopped for days," - said the mayor.

According to his words, there is limited communication with those people. Still, currently, there is no guaranteed humanitarian ("green") corridor for all the people to leave safely to be replaced by another station crew.

"In addition to this, there is vibration caused by the movement of military vehicles, and God forbid, if military actions start there, it can also affect the 4th power unit, which has unstable structures. I mean the power unit affected in the accident in 1986, "Fomichev said.

According to his words, the collapse of unstable structures can lead to the release of large amounts of radioactive dust.

"People have limited food supplies and medicines, and it is tough for them. The mayor said that their relatives and friends here in Slavutych are also worried and do not know what to do about it."

According to his words, this is real terrorism. There were no such precedents in the world to take over nuclear facilities and nuclear power plants, Fomichev added.

As previously reported, Chernobyl NPP is currently occupied by the Russian invaders. It also became known that Russian Su-30 and Su-35 aircraft are maneuvering in the no-fly zone over the Chornobyl and Zaporizhzhia nuclear power plants and are firing from there. They are doing this to prevent Ukrainian troops from firing back - because shooting an aircraft over a nuclear power plant can lead to an environmental catastrophe.