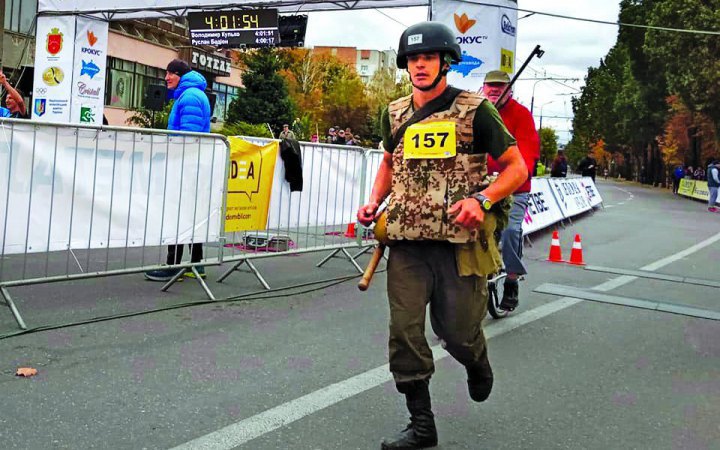 In Boromlya, Sumy region, the occupiers killed Serhiy Pronevich, a marathon runner from the"Book of Records of Ukraine".

Lana Vetrova, Head of the National Register of Records of Ukraine, informed about this.

"The shocking news about a young man from Sumy region. He was tortured and killed by the Russian soldiers. His body was found after the liberation of Boromlya, a week after his disappearance. It is incredibly difficult to write about it, but it was Serhiy Pronevych, the Ukrainian record holder," Vetrova wrote on Facebook.

Pronevych's record was entered to the National Register of Records in 2019. In complete military ammunition, Serhiy ran the marathon in 4 hours and 36 minutes.

"The best people of the country, the gold fund and hope of the nation, trampled by dirty boots…I believe that the time will come and each of these criminals will be responsible for Serhiy's death in the court, in the face of Ukrainians and God. Glory to the Hero forever ", - added Lana Vetrova.

Please be reminded that the body of Max Levin, the documentary filmmaker and photographer, was found on April 1, after liberation of Kiev region from the Russian occupiers. According to the prosecutor's office, the journalist was killed by two shootings from the small arms. Maksym went to Guta Mezhyhirska on March 13 together with Oleksiy Chernyshov, a soldier and former photographer, to document the consequences of Russian aggression. They left the car and went to the village of Moshchun. Since then, the connection with men has disappeared.

Later it became known that intensive battles broke out in the area where Max was going to work.