Once again, the trigger for the destruction of the empire will be the war of aggression launched by it. The war in Ukraine.

When in December 1979, an 80,000 strong Soviet army invaded Afghanistan, things seemed to be going according to plan. But it soon became clear that capturing cities and several roads did not mean conquering the country. Armed resistance unfolded more and more.

The whole country hated the occupiers and they responded accordingly. Responded to the mass killings of civilians. Soviet aircraft and artillery wiped out towns and villages along with their inhabitants, and shootings and torture took place at every turn.

At least one million Afghans died during the Soviet intervention.

But this did not break popular resistance.

The free world was outraged by the barbaric Soviet attack on an independent state and the horrific crimes against Afghan citizens. The attitude toward the Soviet Union, already not very friendly, became openly hostile. 65 countries, including the United States, Canada, Germany, Japan and even China, boycotted the Summer Olympics in Moscow. The United States banned supplies of grain and machinery to the Soviet Union.

And most importantly, they began to help the Afghan insurgents, including giving them modern weapons. It was the American Stingers that enabled the Mujahideen to shoot down Soviet planes and helicopters. Save their wives, parents and children. The war cost the aggressor more and more financially and with manpower. The so-called “limited international contingent” grew. More than 600,000 Soviet soldiers passed through Afghanistan. According to official figures, 15,000 of them died and more than 50,000 were injured.

Despite all the Kremlin’s propaganda efforts, dissatisfaction with the war grew in the Soviet Union. People did not understand why their relatives were dying or crippled and how long it would last.

Dissatisfaction and then open demands to end the war eventually forced Moscow to retreat. In February 1989, after 9 years of war, the last Soviet soldier left Afghanistan. But in the USSR itself, along with this bloody war, the irreversible process had begun and a year and a half later led to its collapse.

Russia’s war against Ukraine is in many ways similar to the Soviet war in Afghanistan. But there are many differences. And these differences do not favour the invaders.

In that war, Ukrainians fought in the occupying army, and now they are defending their state from aggressors. Other former republics of the USSR, now independent states, are no longer fighting for Russia. Instead, Moscow uses primarily mobilized troops from Kalmyka, Buryatia and Dagestan as their cannon fodder in Ukraine…

In Afghanistan, the invaders quickly seized the capital and all the major cities, assassinated the president and installed their own puppet government. The Afghan army was put at the service of the occupiers, and the resistance was carried out by guerrilla methods. In Ukraine, neither the capital nor other key targets were captured by the enemy. The president, parliament and government still run the country. And the Armed Forces are not only repelling the enemy, but have already liberated a significant part of the occupied territories. 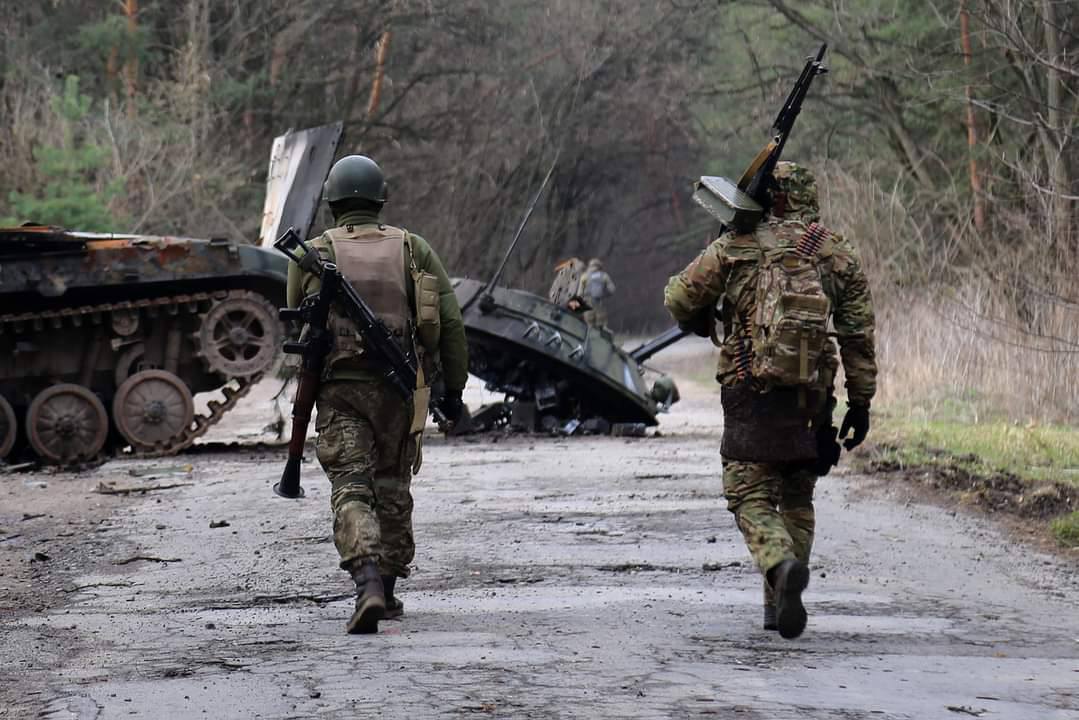 Photo: Ministry of Defence of Ukraine

In addition, this war is not happening somewhere far away, but in Europe. Both Europe and the entire civilized world are unanimous in supporting Ukraine. Sanctions against Russia are much stronger than the sanctions against the USSR, and this just the beginning.

The heroic resistance of the Ukrainian people will multiply the flow of coffins and cripples to Russia, and Western sanctions will destroy the economy of the evil empire. Sooner or later, it will undermine the empire from within.

This time: finally and forever.