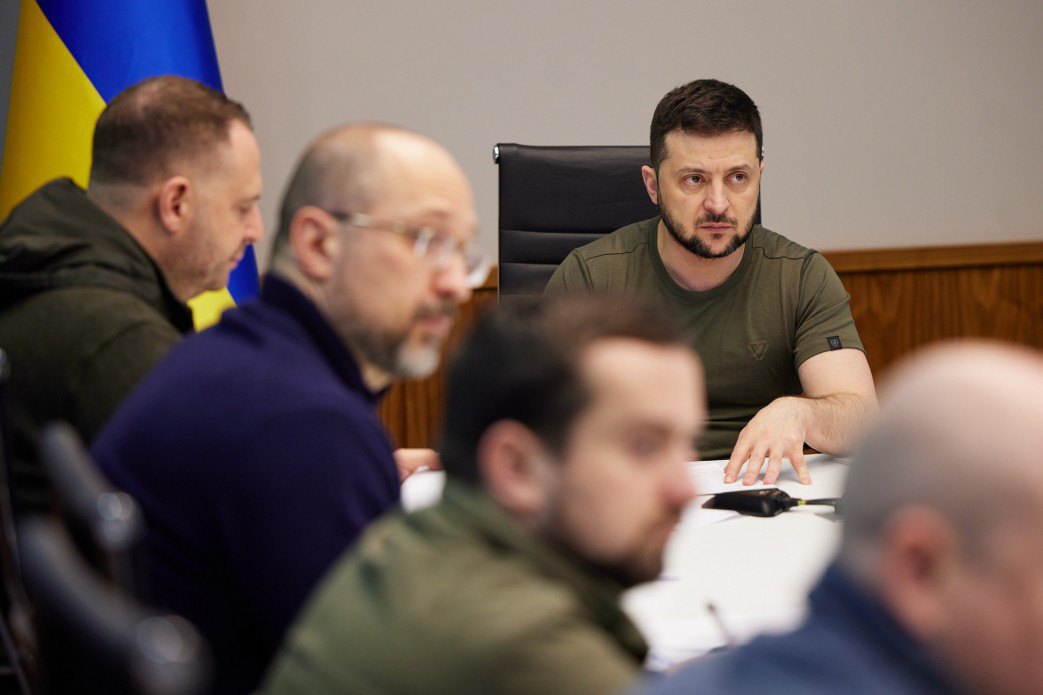 Therefore, realizing the need to restore and rebuild Ukraine, the President issued a decree №266 / 2022, which established the National Council for the Reconstruction of Ukraine after the war and defined its areas of responsibility.

When we talk about the possibilities and principles of Ukraine's reconstruction, we mean not only the formal, linear reconstruction of destroyed infrastructure but also the maximum use of technology, new scientific solutions, and opportunities for cooperation with foreign countries in creating new weapons or items of dual-use.

Although terrible for Ukraine, given the scale of destruction, the current situation gives a chance for extraordinary transformations. Also, as Ukraine is a technologically confident country and provided the current level of trust with the West, this can help prepare and implement fantastically powerful projects. In addition, this may happen in the background of the long-term technological degradation of neighboring russia due to fairly applied sanctions. Therefore, it is time to look at what and how the post-war reconstruction of Ukraine can look like. 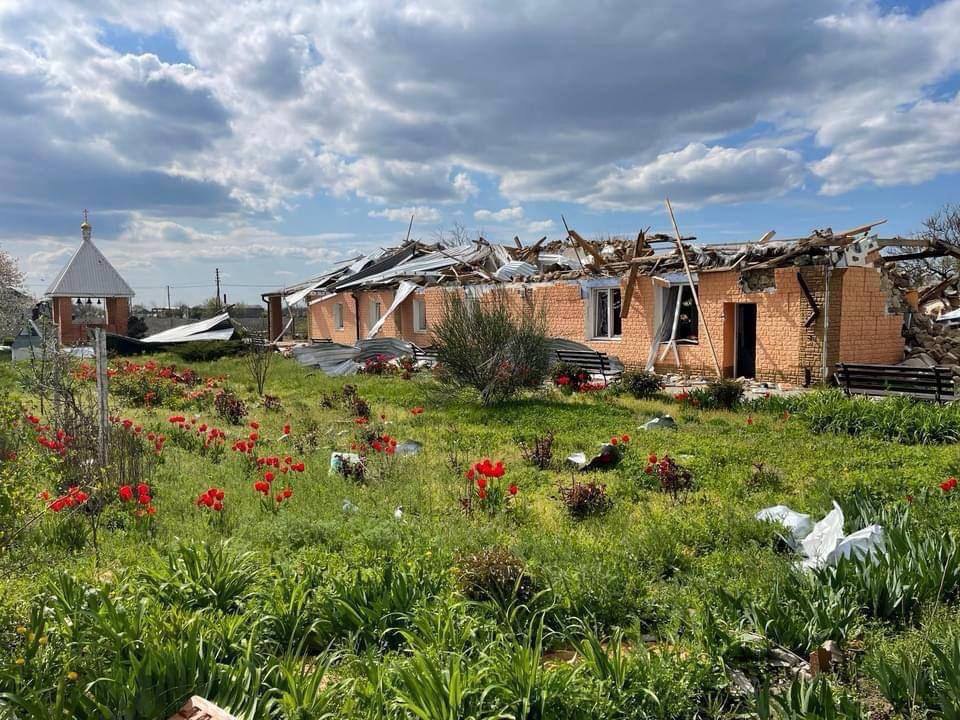 First, let's talk about Ukraine's lessons learned during the war.

The first one is that the actual knowledge of the weapons and military equipment of hostile russia was insufficient. On the one hand, some advertised areas have been significantly overestimated. For example, the russian military itself has acknowledged the decline in the development of military communications and governance. The Pentagon is also surprised by this fact, admitting that russian forces in Ukraine have an unsatisfactory command. Back in late February, in the first week of the war, Western analysts acknowledged the inconsistency of the results of missile launches with the declared accuracy. On the other hand, there was a lot of powerful, modern technology in russia. It is important to mention that thanks to Ukrainian defenders, a third of this equipment will not participate in the military parade on Red Square, such as self-propelled flamethrowers "Solntsepek" to anti-aircraft gun and missile system "Pantsir-S." 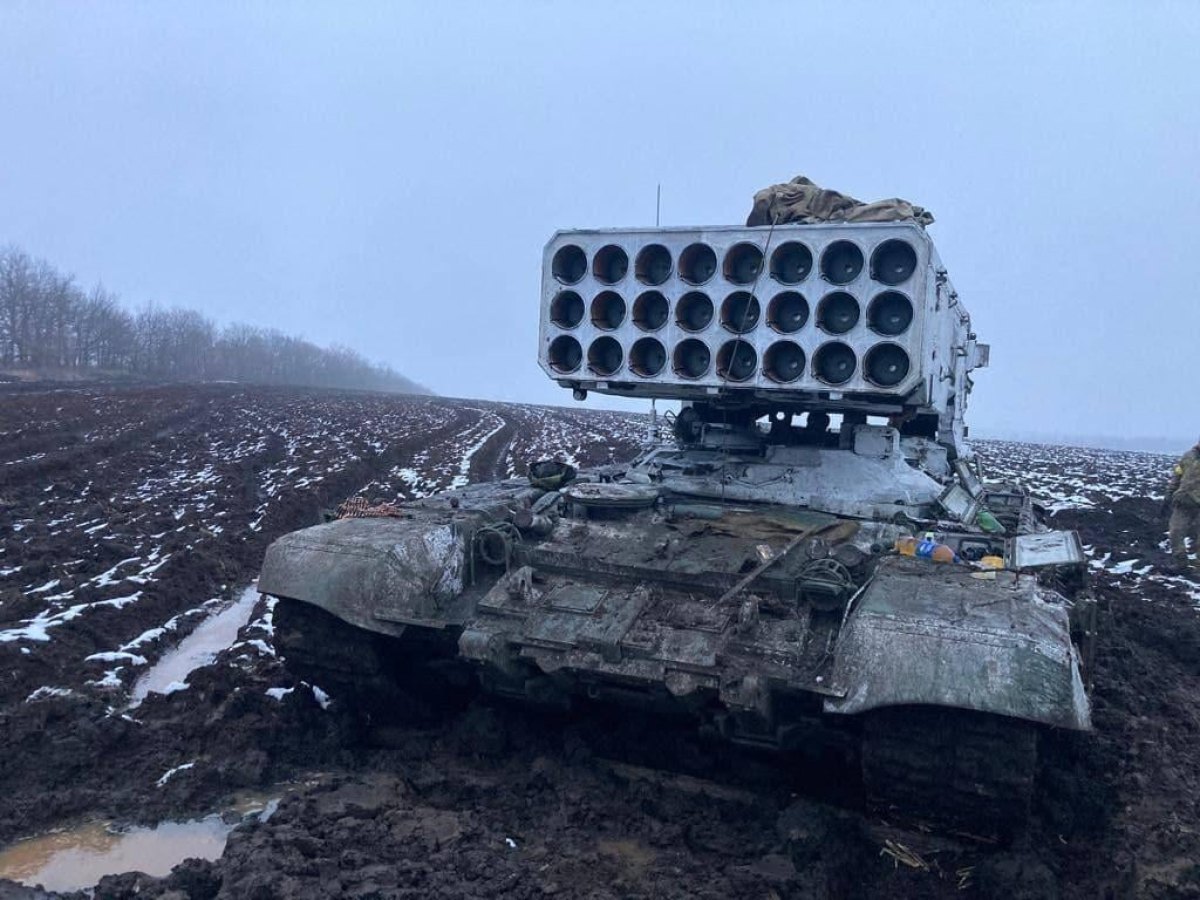 The second lesson proves that we underestimated the great importance of Ukraine's military-technical cooperation with foreign countries. There is growing reason to say that this collaboration plays a key role in this war.

Third. We should acknowledge that while we invested in the structural, organizational, and economic aspects of restructuring the national defense forces and the domestic defense industry, our country has not paid attention to its scientific, technical, and technological aspects. The increase in capacity was linear, while the technological advantages can ensure the formation and development of asymmetric defense potential.

Our country has entered the war with the weapons of the fifth technological wave, which has already reached (or is reaching) the limit of its effectiveness. To a large extent, this allowed us, especially during the first stage of the war until 25 March, to effectively use mosquito strategies, i.e., the mass use of compact high-tech weapons.

At the same time, there is an awareness that we should make the most of the opportunities in our country coming from robust supplies from our Western allies of modern weapons and military equipment, which is worth careful study and analysis. For example, on 2 May, Western experts suggested that the powerful artillery systems provided to Ukraine (primarily British, American, and French) could change the course of this war. 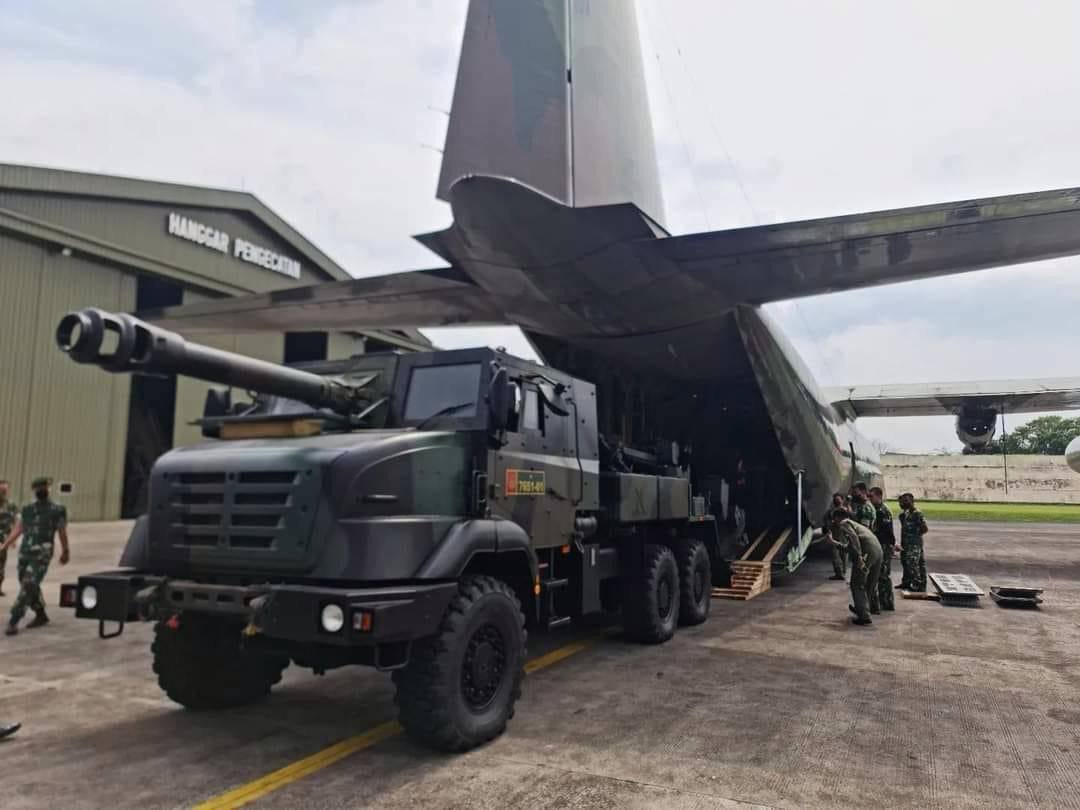 The country must recognize that the development of the domestic defense industry should be based on a clear understanding of domestic and world scientific, technological, and industrial underpinnings. Without such a clear understanding, like in previous years, we end up with proposals that remain "good intentions" on paper with almost zero results. This approach has become evident from the first days of the war, when the ability of the Ukrainian Armed Forces to conduct large-scale combat operations against enemy forces, which outnumbered personnel and armaments, became critically dependent on arms supplies from foreign partners.

It turned out that, with a few exceptions (e.g., anti-tank guided missile "Stugna," "Corsair," anti-ship cruise missile "Neptune," and MLRS "Alder," production of which must be increased), the domestic defense industry is currently unable to provide the country with a minimum necessary number and range of basic means of combat operations. At the same time, it has the potential for development if the state combines the capacities of public and private segments of the defense industry. And these opportunities will increase even more in the case of successful military-technical cooperation. 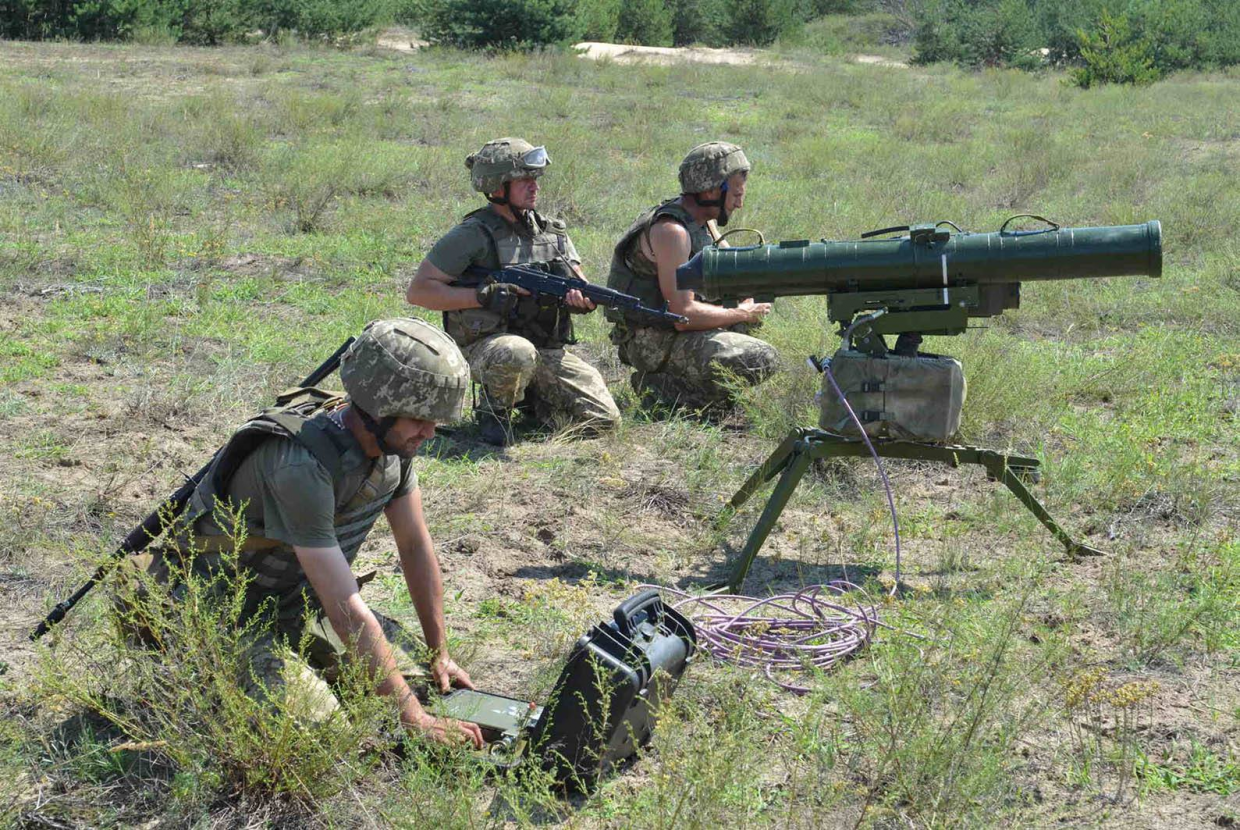 And that is why the Armed Forces can primarily rely on equipment and ammunition manufactured during the Soviet era or transferred to us by foreign partner countries. The reason for this is both the unsatisfactory state of the industrial-technological sector and defense industry personnel and the extremely difficult situation in the development of military technology, which makes the production of new weapons almost impossible.

Given the above, there are two possible approaches to developing the military-industrial complex and related fields of science and technology. The first approach is developing the latest weapons and manufacturing their components based on imported parts and element bases. An example of such an approach is the Turkish defense industry.

The second approach is to ensure the nearest possible to the closed cycle of developing and manufacturing samples of weapons critical to the country's defense capabilities. This approach is used in the Israeli defense industry.

In our opinion, Ukraine's international position and resource base today are closer to Israel. Moreover, it is quite possible to significantly deepen Ukraine's military-technical cooperation with Western companies to create and deploy joint developments and productions.

At the same time, Ukraine should prioritize those areas that reflect the main global technological trends. These include the following.

First. Autonomous unmanned, ground, sea, underwater, and space systems. Robotics with various functions, primarily to save the lives of Ukrainian soldiers and achieve technological advantages on the battlefield. 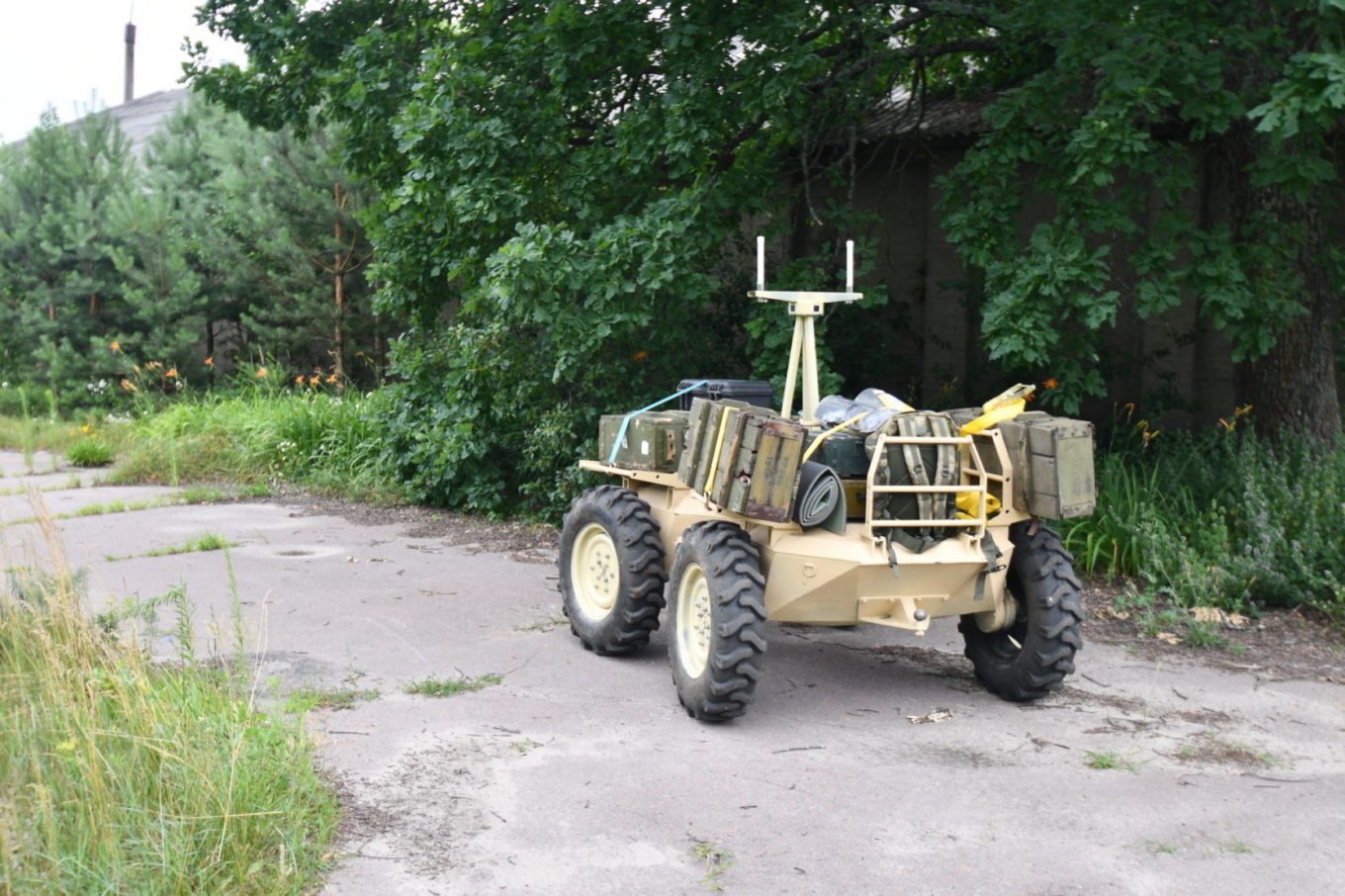 Second. Information and communication technologies and the development of data transmission systems directly influence how significantly the management of troops and weapons improves (develops). They also positively affect the use of technologies that are usually called information weapons.

Forth. Use and further development of quantum technologies (recognized as a NATO priority after the scientific and technological audit of opportunities in 2020).

Seventh. Development of materials science. It refers to the creation of modern composite materials and the development of such vital industries as titanium, lithium, zirconium, etc.

It is important to emphasize that almost all of these areas involve efforts to develop dual-use technologies. However, the results of research in these areas can create a fundamental achievement, which in the future will be the basis of the latest weapons, which did not exist before. 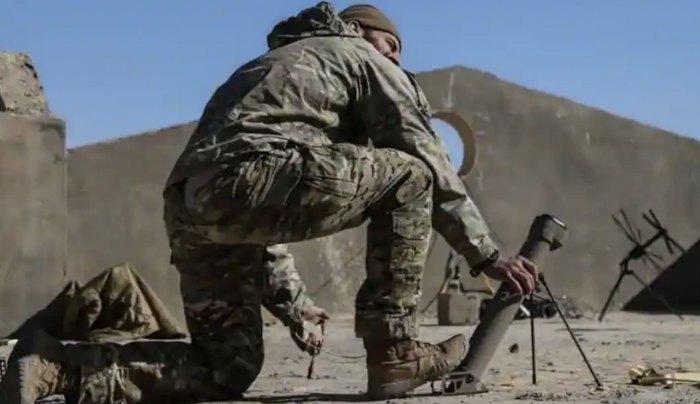 In particular, if today Ukraine is significantly assisted in the war by Western partners in the field of intelligence, then tomorrow, Ukraine could create its group of reconnaissance spacecraft. Unfortunately, in Ukraine, such developments are available today only in the private sector and, with some exceptions, are only close to mass production. Such developments need the special attention of the state. For example, suppose the state took part in the integration of guided weapons systems into existing robotics projects. In this case, Ukraine could quickly get its analogs of killer drones and ground-based remote-controlled robots with modules of percussion weapons.

Speaking directly about practical measures, I advise ensuring the use of some additional features.

For example, one must ensure a thorough study of trophy russian and imported equipment and its comparison with existing domestic analogs. Such tasks should involve not only the relevant structures of the Ministry of Defense and the General Staff of the Ukrainian Armed Forces (and their scientific institutions) but also the ministry, which is taking care of strategic industries in Ukraine, the State Concern Ukroboronprom, research institutions, and design bureaus, subordinated to them, as well as scientific institutions of the National Academy of Sciences of Ukraine. They should also include representatives of associations of the private segment of the defense industry.

For objectivity, systematization, and a comprehensive approach to this work, working groups should be established in each significant direction of armaments and military equipment development, providing them with the necessary rights and powers. 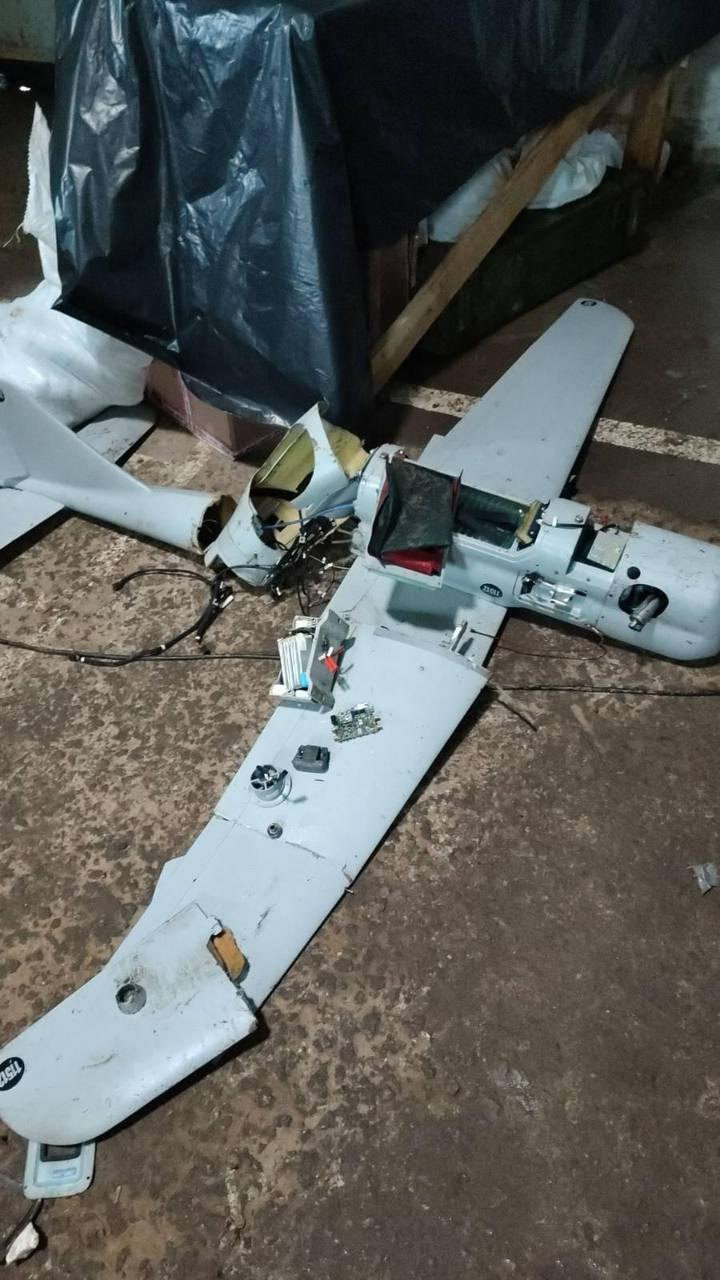 As a result of the work of such groups, the relevant central executive bodies could prepare a realistic vision of the new Ukrainian Armed Forces and other military formations in terms of their equipment with weapons, military equipment, and other necessary technical means.

Of course, it is necessary to adjust the priorities for armaments and military equipment development and classify what is needed by Ukraine to clear categories of those imported and manufactured domestically. It is extremely important because too much relying on foreign weapons can destroy the potential of the domestic defense industry and create a critical dependence on foreign partners.

Such tasks help determine possible sources of funding, logistics, and control timelines for the supply of the military with specific types of weapons and military equipment, training of military, and scientific and engineering personnel of the required specialties.

Today, under martial law, the defense industry can and should transition from market principles to strict directive planning by central executive bodies of the range and volume of products intended for supply to the Ukrainian Armed Forces and other military formations. And when it comes to private enterprises, this can be done by refining and improving orders, including those that need longer terms than the production cycle of a particular range of weapons. 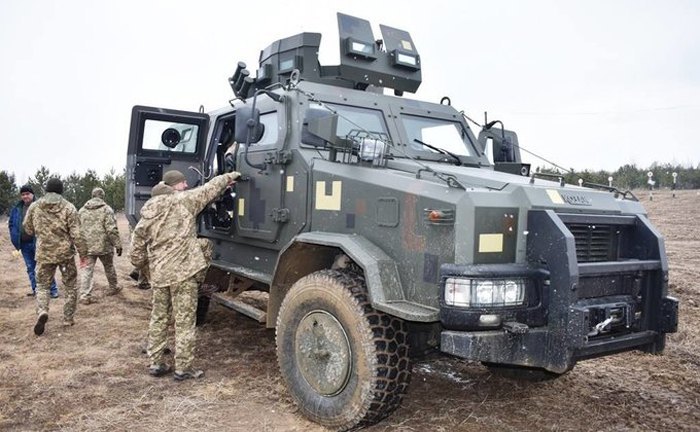 The state can and should actively influence the definition of an explicit specialization for each enterprise designed to supply relevant products for defense purposes and clarify the mobilization resources. It is worth emphasizing again the leading role of public-private partnership and military-technological cooperation (because most successful Western companies are private).

Several measures aimed at radically strengthening the system of production cooperation are also necessary, up to the creation of appropriate services and structural subdivisions or even specialized enterprises and economic administration bodies focusing on this. They should also focus on military and technological cooperation, i.e., forming preconditions to create joint ventures (or separate projects) with foreign companies. A lot of discussions were about just a single project before the war: the creation of drones with a Turkish company. Today, large-scale projects can be developed in related fields. For example, from the development of secure radio communications in Ukraine to the joint production of military transport aircraft with Boeing, particularly the An-124 "Ruslan."

It is worth strengthening the activities of special organizations to import not only ready-made weapons and military equipment but also to search abroad for raw materials and components and certain types of technology needed for in-county production of military products.

The key task of this period is to borrow from abroad avant-garde technical solutions and state-of-the-art technologies, which are breakthrough achievements of world scientific and technological progress in the field of weapons and military equipment.

And if the idea of the Marshall Plan for Ukraine gets realized, the development of weapons and military equipment and the domestic defense industry must become its distinguished component.