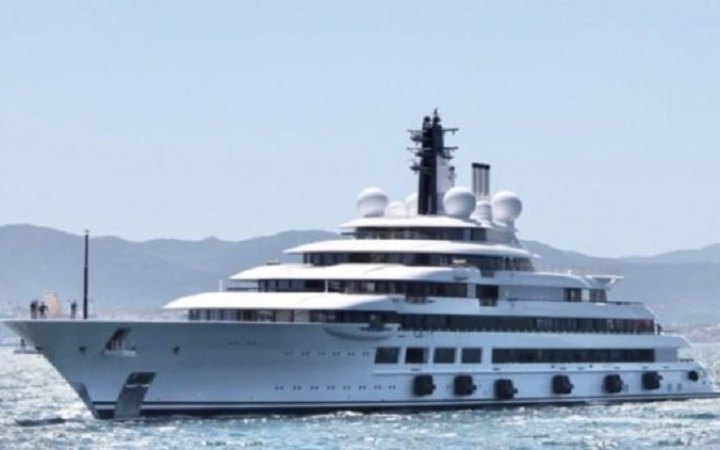 The press service of the Ministry of Economy and Finance of Italy announced that Italy seized a 140-meter yacht Scheherazade under the Cayman Islands flag, valued at $ 700 million due to sanctions. According to US officials, the ship may be linked to russian President Vladimir Putin.

The statement did not specify the superyacht owner but said that the Nucleo Speciale di Polizia Valutaria investigation "revealed significant economic and business links" between the beneficiary owner of the Scheherazade and "prominent elements of the russian government and other individuals included in the sanctions lists."

In March, The New York Times reported that the United States believed that the Scheherazade yacht could belong to Putin.

In particular, during the coronavirus pandemic, Putin spent a lot of time in the resort town of Sochi on the Black Sea. Scheherazade sailed to Sochi in the summer of 2020 and 2021.

According to the report, the Italian authorities would gather evidence within a few weeks and present it to a government committee, which would then decide whether the ship's ownership is tied to someone on the sanctions list. If such links are confirmed, Scheherazade may be arrested.

In early February, the 82-meter yacht Graceful, owned by Putin, left the port of Hamburg, where it was docked for several months.

Earlier, 20 yachts belonging to russian owners were seized in the Netherlands.