The total combat losses of russia in the war against Ukraine from February 24 to May 8 amounted to approximately 25,500. During the day, 400 occupiers were killed.

This is stated in the report of the General Staff of the UAF. 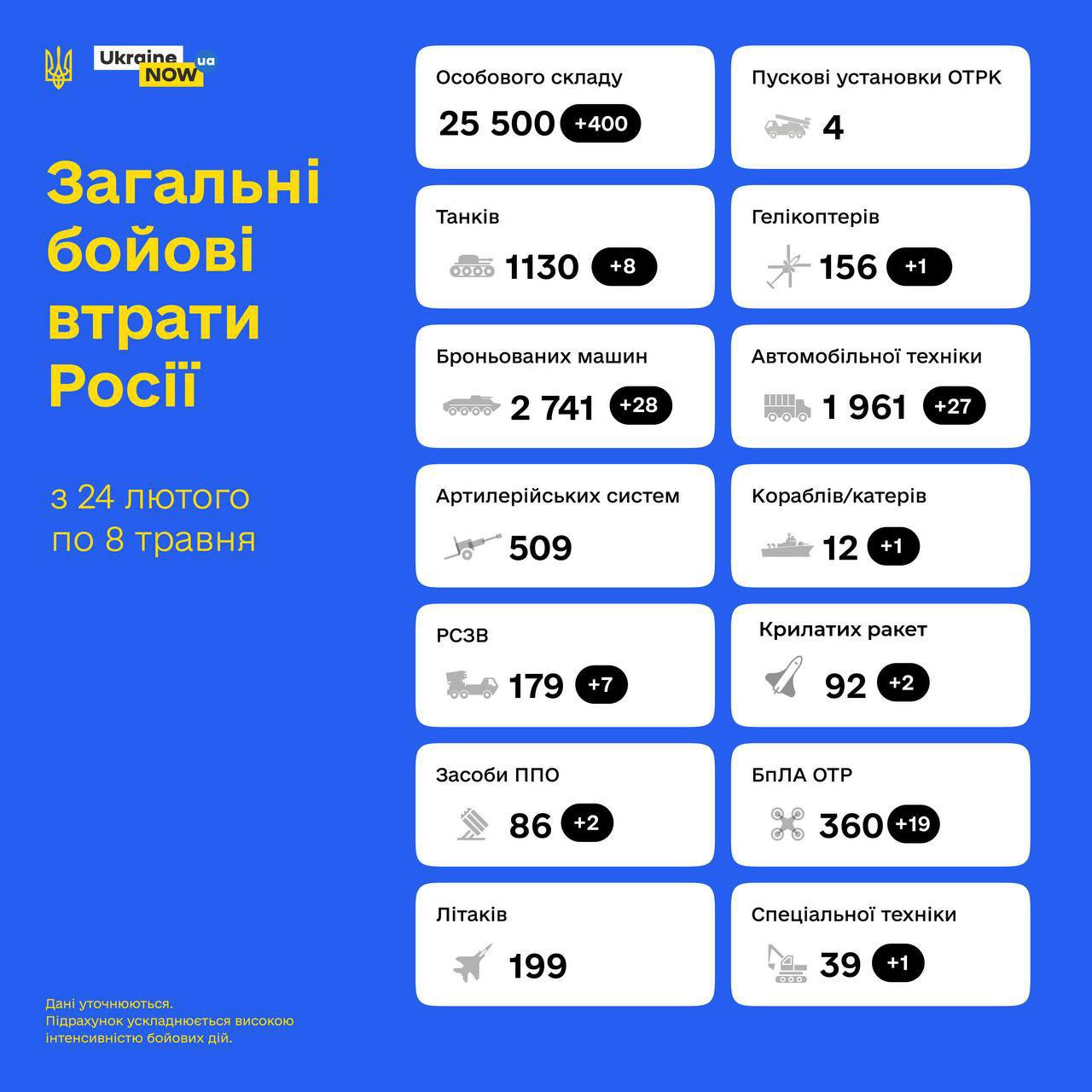 "The greatest losses of the enemy (last day) were observed in the Novopavlivsk direction. The data are being clarified," the General Staff said.

On May 6 the Odesa media edition reported about fire of the enemy frigate like "Burevisnyk" near the Snake island. On that day, the General Staff indicated in the report on russia's losses a new ship or boat destroyed.

On May 7, the Ukrainian Armed Forces reported the destruction of a russian Serna-type boat near Snake island.