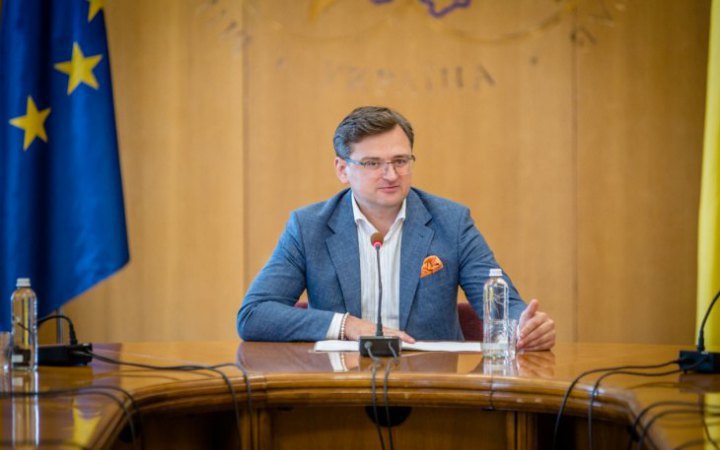 Ukraine cannot instantly join the European Union without passing all the necessary procedures.

This was stated by the Minister of Foreign Affairs Dmytro Kuleba at a briefing during his visit to Germany.

“We are not talking about instant membership in the European Union without going the necessary path. Ukraine is not trying to jump over someone’s head and leave those who have been waiting for a long time behind. Granting Ukraine candidate membership status is about joining the Western Balkans, who are waiting,” he stressed.

The minister added that Ukrainians have been hearing for two and a half months that we inspire the EU and that we are part of the European community.

“The granting of candidate status to Ukraine in June of this year is a test. Which will either demonstrate that all these words were just words, and in fact, no one is waiting for us, and no one is ready to transform beautiful, correct, important words into real actions. Or it will be a confirmation that when Europe says something, this is exactly what it means,” he stated.

Kuleba believes that not granting Ukraine candidate status would mean killing the hope of the Ukrainian people.

On February 28, on the fifth day of russia's full-scale war against Ukraine, President Volodymyr Zelenskyy signed an application for immediate accession to the European Union using a simplified procedure. Such an application for Ukraine was initiated by Slovakia, and the decision to grant accelerated membership was supported by several EU states, in particular Hungary.

On March 1, the European Parliament recommended that Ukraine be granted candidate status for accession to the European Union.

There is no accelerated accession procedure - Ukraine will either receive candidate status, which could lead to full EU membership in the future, or not.

Ukraine expects to receive candidate status in June. Both parts of the questionnaire have already been submitted to the EU.