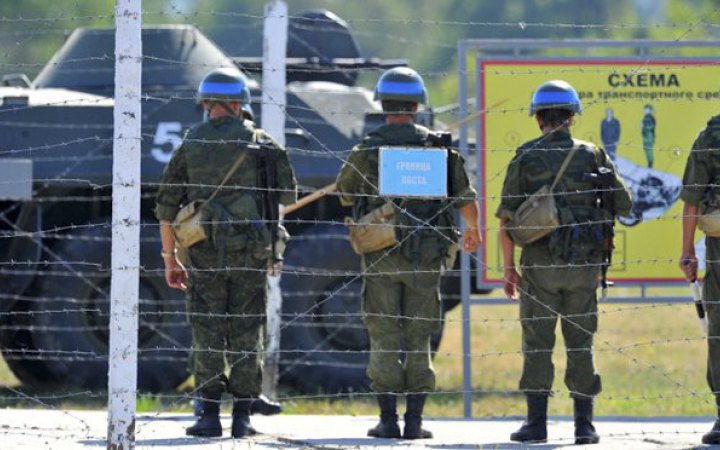 russia may also attack Ukraine from the Moldova separatist region Transnistria. This was announced by President Volodymyr Zelenskyy in an interview with the Italian channel Rai1.

"We understand that russian federation controls 100% there. The military there are both local and Russian, and locals have long had both some illegal passports of Transnistria, and russian and Moldovan as well. There are three passports for one person," he said.

According to Zelenskyy, there is no civilization in this region, but there is chaos.

"There may be up to 15,000 groups from Transnistria, but to be honest, they are not very ready. They have no borders with russia, they have them with Ukraine and Moldova. They can have additional troops only from the sky landing from russia. This part of the group, if they go, we are not very afraid of them, because out of those 15,000 there are several, up to 3,000 people who can fight. As far as we know," the president said.

He added that it could be a challenge, but they do not see a very big threat in it.

The situation in this region of Moldova in the context of russia's war against Ukraine began to worsen in April. In the evening of April 23, Transnistria announced the shelling of its "Ministry of State Security" building. As stated, no one was injured.

The General Staff of Ukrainian the Armed Forces warned that Transnistrian security forces could carry out sabotage in Ukraine. However, no signs of preparation of Transnistrian armed forces for the fighting against Ukraine were found.

However, on April 26, the General Staff of The UAF announced that russian troops in Transnistria had been put on full alert. On the same day, two communication towers were blown up in Transnistria.

In addition, according to our intelligence data, russia is preparing a missile strike on Transnistria with civilian casualties. Ukraine is not involved in the provocation.

On May 1, Ukrainian intelligence reported that a newspaper dated May 2 had already been published in Transnistria, urging residents of the Transnistrian region to appeal to the russian president. In the text, these "residents" of Transnistria ask to involve their armed forces in the actions of the russian army.

The Times reported that russia could attack Transnistria on May 9. The Main Directorate of Intelligence of the Ministry of Defense of Ukraine believes that russia is inflating the situation in the Transnistrian region of Moldova for a psychological attack on our state and to disperse the forces of the Ukrainian army.

As of May 8, the military in Transnistria continued to be in full combat readiness.