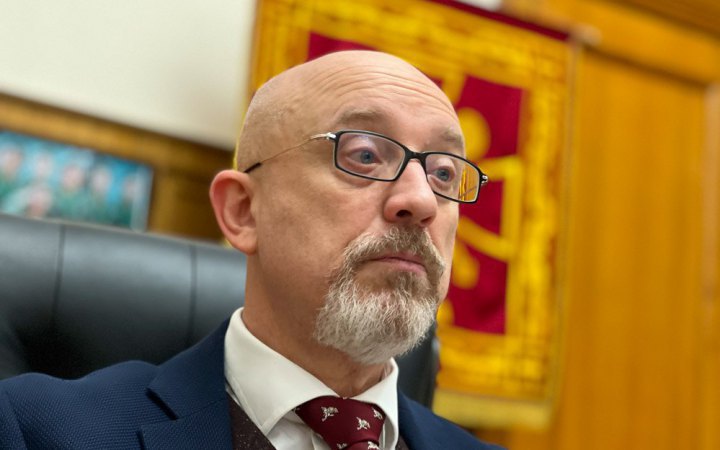 Photo: provided by the Ukrainian Ministry of Defence press service

The coming weeks will be difficult for Ukraine's resistance against russia. The war entered a new long-term phase.

The Kremlin's plan to surrender Ukraine failed a few days after the full-scale invasion. Defenders and the entire Ukrainian people repulsed the occupiers. Then began the conditional period "until May 9", when russian troops, who suffered heavy losses, were defeated near Kyiv, and failed to achieve any strategic goal, changed tactics. After fleeing from the Zhytomyr, Kyiv, Chernihiv and Sumy regions, the enemy set new goals - to capture the south and east of Ukraine. And this plan was also thwarted, the Minister of Defense of Ukraine Oleksiy Reznikov wrote on Facebook.

"Thus, by May 9, russia had suffered a strategic defeat - it could not destroy the Ukrainian state through military intervention and change of power on russian puppets. We forced it to reduce the scale of objectives to operational and tactical levels. Against this background, we enter a new long-term phase war," the minister said.

To win it, we must carefully plan our resources, avoid mistakes, and design our strength so that the enemy does not survive.

"Extremely difficult weeks await us. No one will say exactly how many there will be. During this period, we will defend ourselves mainly against our own forces against the enraged aggressor," Reznikov said.

More than 1,500 Ukrainian servicemen are already studying or will start mastering the equipment of our partners in the coming days, and then return as instructors. Someone, like gunners, will immediately go into battle.

"As long as heavy foreign weapons balance the forces and ensure a breakthrough in favor of Ukraine, time will pass. Now its presence is spotty, it must be understood," the minister said.

President of Ukraine Volodymyr Zelenskyy, Prime Minister Denis Shmygal, the entire team of the President’s Office led by Andriy Yermak, diplomats led by Dmytro Kuleba and many others are working around the clock to speed up and increase aid. According to Reznikov, there are significant successes, but there are also difficulties.

"Time goes on unspeakably long. After all, everyone remembers that our boys and girls on the front line along the Siverskiy Donets, in Azovstal, in captivity from the occupiers lay their lives for Ukraine. That our citizens in temporarily occupied enemy territories are in danger. People are kidnapped, they are torturing and killing. That is why we are doing everything possible and impossible to bring the liberation of our land closer," the minister said.

Reznikov added that the sanctions pressure on russia and the increase in foreign aid to Ukraine in the next few months should create conditions under which the Kremlin will finally lose the chance to achieve at least some success. Then a new window of opportunity for Ukraine should appear.

"In this difficult period, we need unity, cohesion, will and patience," the head of the department summarized.