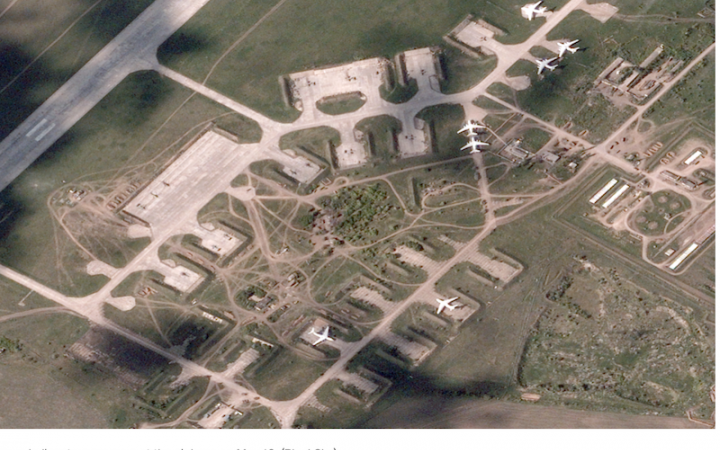 Enemy helicopters at the airfield in Melitopol
Photo: CNN

Russian troops continue to use Ukrainian air base in the occupied city of Melitopol (Zaporizhzhia oblast). This was reported by CNN referred to data from satellite images.

At least seven enemy helicopters were seen at the air base as of 12 May. On 7 May, the satellite recorded only one helicopter there.

Journalists claim that the use of this air base is of strategic importance, as it is located between the temporarily occupied Kherson, Mariupol, and parts of the ORDO [some territories in Donetsk oblast].

The base is located deep in the territory captured by the enemy, but this does not mean its inaccessibility for Ukrainian defenders: in late March, the Armed Forces of Ukraine successfully attacked the airfield near Kherson. After that, the occupiers had to largely abandon this airfield as a platform for their aircraft.

The occupiers are constantly trying to place their equipment and ammunition at the airport in Chornobaivka, despite the fact that the Armed Forces of Ukraine are successfully striking at it. As of 2 May, Ukrainian forces have already made 18 successful hits.