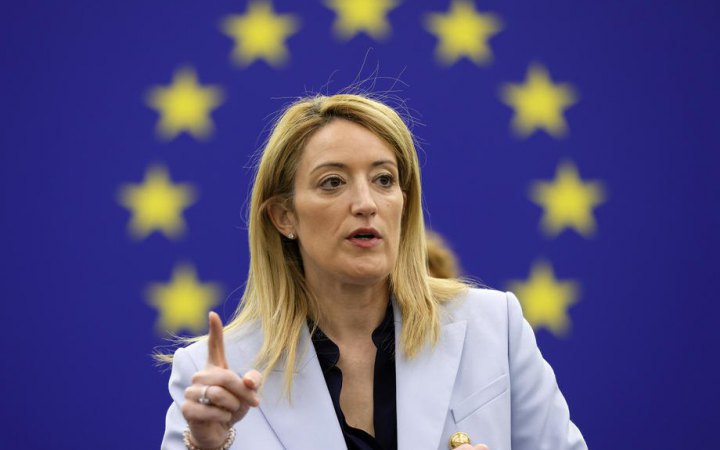 Europe is to make every effort to help Ukraine withstand the russian invasion and stop rhetoric about "pacifying" or "saving" vladimir putin's face.

This was stated by President of the European Parliament Roberta Mezzola, Ukrinform reports.

I hear more and more that journalists use phrases like "save face", "pacification", "how can we end this to move forward?" My answer is "It's the time to talk about saving russia’s face. Now is the time to make every effort to help Ukraine," she said.

Mezzola noted that Europe and European politicians should make every effort to do so, and not refer to any lacks of legal arguments, lack of political will and not look for reasons why Ukraine can not win this war.

"In the coming days, during next week's European Council, I do not want to hear these words or talk that we should be able to answer how we are going to save putin's face. I never want to hear the word "pacification" again," she Mezzola.

Earlier, in an interview with Italian TV channel Rai 1, President Volodymyr Zelenskiy said that French President Emmanuel Macron, in order to "save putin's face", offered Ukraine to partially reconsider its sovereignty. Zelenskiy noted that Ukraine was ready to remove the issue of Crimea from the negotiation process for some time, but the russians did not provide an answer. The President stressed that Ukraine never recognizes the temporarily occupied Crimea as russian.

The issues of Crimea were also raised during the talks between the Ukrainian and russian delegations.

Polish Prime Minister Mateusz Morawiecki called for isolating putin, not "keeping his face". He also noted that the ideology of the "russian world" must be eliminated.