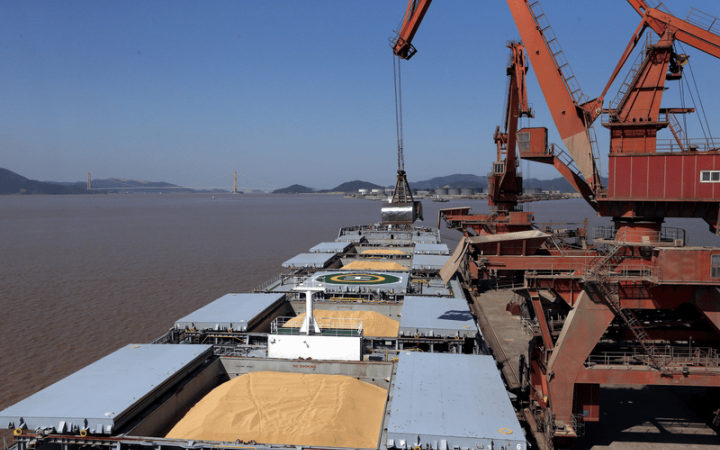 Russians took almost half a million tonnes of grain from the occupied Ukrainian territories to russia. First Deputy Minister of Agrarian Policy and Food of Ukraine Taras Vysotskyi stated this on the air of the national TV marathon UArazom.

"We see that around half a million tonnes of grain were stolen. There are facts from all the temporarily occupied [or partially occupied – tr.] regions – the Kherson, Zaporizhzhia, Luhansk, Donetsk, as well as the Kharkiv region," – he said.

According to Vysotskyi, the grain is delivered to russia either from the Kharkiv, Donetsk, Luhansk regions or through temporarily occupied Crimea.

Occupiers are trying to sell the stolen grain in Egypt and Lebanon, but those countries refused to buy such goods.

However, russian ships with Ukrainian grain were spotted in Syria.

Russia has been blocking Ukrainian seaports, therefore it's impossible now to export 22m tonnes of grain. According to the President of Ukraine Volodymyr Zelenskyy, the problem that may cause a food crisis in the whole world can be resolved militarily, so he called on the international partners to provide Ukraine with the necessary weapons.

Great Britain's intelligence stated that despite the attempts of the Ukrainian government and Western partners to find ways for creating land logistics routes to set up grain exports from Ukraine, it will not help to deliver all the Ukrainian grain.