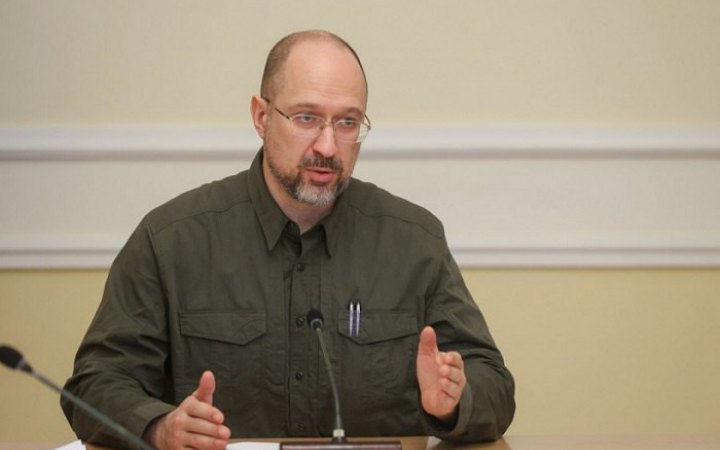 Ukraine may sign a "customs visa-free" in the near future, as well as begin the phased construction of the European track.

This was announced by Prime Minister Denis Shmygal at a meeting of the Cabinet of Ministers.

"Another area in which Ukraine is actively integrating with Europe is transportation and customs. We plan to sign a "customs visa-free" in the near future, ie to accede to the Convention on a Common Transit Procedure. This document is the basis for the movement of goods between EU member states. We are already using the relevant computerized NCTS system, and we are technically ready to accede to the relevant Convention," Schmigal said.

According to him, the accession will significantly speed up the passage of customs, as well as speed up the flow of goods. In addition, the government stressed that "customs visa-free" will improve the quality of customs and open new opportunities for Ukrainian business.

Ukraine also needs to begin phased construction of a European [railway] track to connect its European and European railways. "Initially, it will be a linkage of large hubs and large cities, and then a gradual expansion across the country," he added.

In addition, Ukraine must sign an agreement with the EU on the liberalization of road freight transport.

"The European Commission has already recommended that member states liberalize such transportation with Ukraine. Work in this direction is in full swing, because in the face of blocking our ports, we need to maximize the capabilities of the western border," said Shmygal.

To do this, they need to open new checkpoints on the western border. The approximate term is in the next six months. The points will be opened where there are already highways or where such roads can be built quickly.

Another important project of Ukraine's integration into the EU is joining the roaming space and the single area of payments in the European currency SEPA.

"The first will allow calls between the EU and Ukraine at no extra cost, and will allow Ukrainians to use mobile Internet at home rates. The second - Ukraine's accession to the Single Payment Zone - may take place in the summer and allow euro transfers without any fees." - explained the head of government.