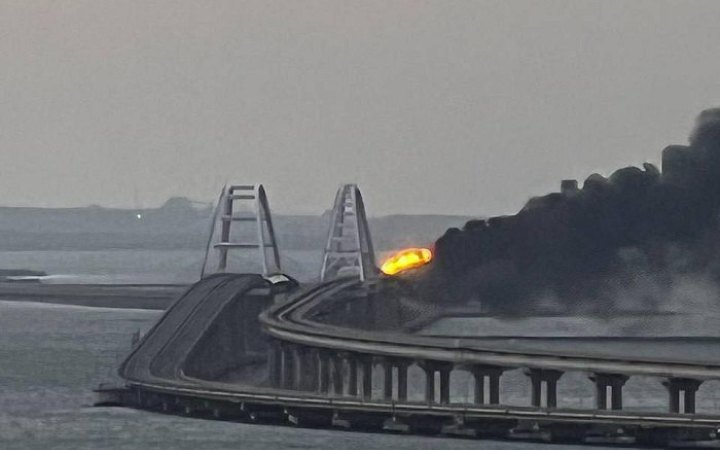 The Ukrainian military continues to destroy Russian plans to try and pull up reserves to the south, the head of the joint press centre of the Defence Forces South, Natalya Humenyuk, has said on the air of Kanal 24 TV.

She commented on the collapse of the Kerch bridge (Crimea Bridge) and hinted at the possible involvement of the Ukrainian Armed Forces.

"We don't mind that they will not be able to use another transport artery, and in particular, the railway route," Humenyuk said.

Presidential office adviser Mykhaylo Podolyak said in an interview with The Guardian that Ukraine considers the Crimea Bridge built by Russia as a legitimate military target. According to him, it is a gateway for supplying the Russian army in Crimea. Gen Dmytro Marchenko also said earlier that the destruction of the Crimea Bridge is a prerequisite for de-occupation.

The secretary of the National Security and Defence Council, Oleksiy Danilov, warned that the Russian president could save the Crimea Bridge from destruction if all occupiers are taken out of Crimea to Russia through it.

The construction of the Crimea Bridge connecting the occupied peninsula and Russia's Krasnodar Territory began shortly after the occupation of the peninsula. The cost of the construction was estimated at 228bn rubles. In May 2018, the bridge was opened for car traffic, and in December 2019, trains were launched.