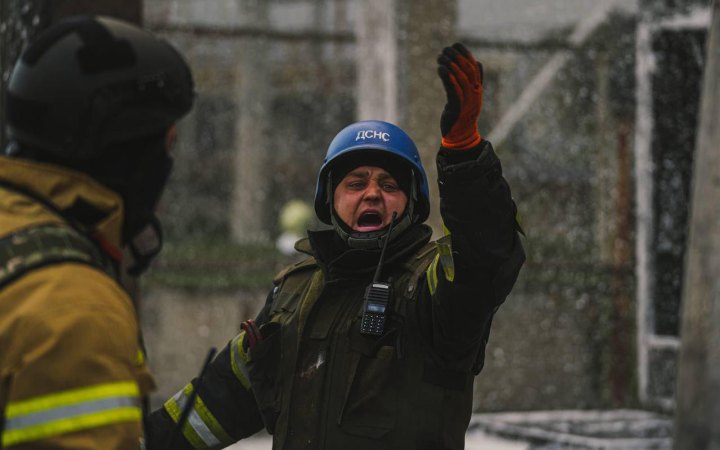 The Russian attacks on energy infrastructure in Ukraine are likely the first example of Russia attempting to implement the concept of a Strategic Operation for the Destruction of Critically Important Targets (SODCIT), a key component of the military doctrine it has adopted in recent years.

Russia envisioned SODCIT as using long-range missiles to strike an enemy state’s critical national infrastructure, rather than its military forces, to demoralise the population and ultimately force the state’s leaders to capitulate, the UK Ministry of Defence said in a report published on Twitter.

However, its effectiveness as a strategy has likely been blunted because Russia has already expended a large proportion of its suitable missiles against tactical targets. Besides, with Ukraine having successfully mobilised for nine months, material and psychological effect of the SODCIT is likely less than if it was deployed in the initial period of a war.

Find out more about the UK government's response: https://t.co/xZbaD06yRU

There are not many references to the Russian strategy of destroying critical targets in open sources. The independent non-profit analytical organization CNA (Centre for Naval Analyses) devoted a separate section to SODCIT in its 2021 report on Russian military strategy. Analysts noted that the purpose of the concept is "the creation of conditions to counter threats and prevent aggression and, in the case of the beginning of military action, the infliction on the adversary (the coalition) of damage, during which they would give up the continuation (escalation) on conditions beneficial to Russia."

“SODCIT is an operation designed to inflict a combination of material and psychological damage, while limiting civilian casualties and avoiding unintended escalation. The operation is aimed at critically important objects, or targets, of the military, economic, and political-administrative types. The objects may include those belonging to “the system of command of state, armed forces, and force groupings; ISR and communications centres, key objects of economics, infrastructure and quality of life (including nonnuclear power plants, defence industry, civilian airpower, rail and road bridges, and ports), objects of communal infrastructure, and objects of mass public information,” noted in the Centre for Naval Analyses.

Analysts also wrote that the psychological impact of the strategy aims to exceed the level of material damage, affecting the will of the political leadership to fight.

Since 10 October, the Russian army has been using cruise missiles and attack drones to strike mainly at energy and other critical infrastructure. This has resulted in large-scale destruction, civilian deaths, and electricity shortages throughout Ukraine.

In November, in addition to electrical facilities, Russia began to hit gas facilities. The previous massive missile strike was launched by the enemy on 23 November. Ukraine's military and political leadership warned that the occupiers were preparing a new missile attack.