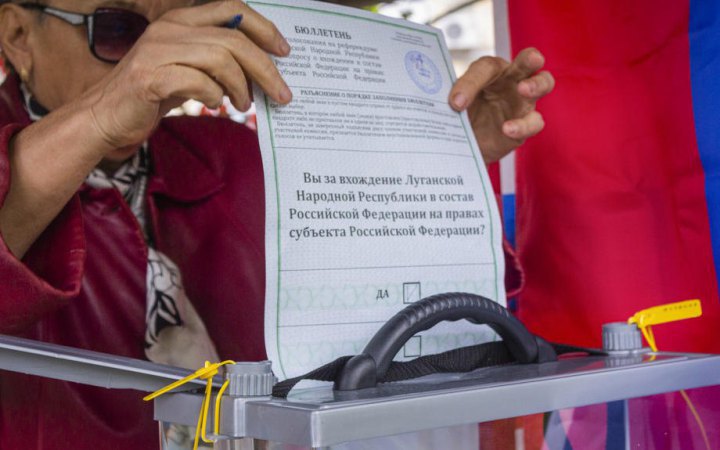 The Security Service of Ukraine (SBU) reports on Telegam that it has identified more than 6,000 organizers of pseudo-referendums in the occupied territories of Ukraine since the beginning of the full-scale invasion.

According to the report, the SBU also initiated the application of the National Security and Defence Council sanctions against almost 100 Russian-controlled "foreign observers". Through these "tourists", Kremlin tried to legalize the pseudo-referendums and their "results".

According to the investigation, all the detained persons facilitated the illegal measures for the fake "accession" of the occupied territories of Donetsk, Luhansk, Zaporizhzhya, Mykolayiv and Kherson regions to Russia.

Investigative and operative actions are ongoing to identify other persons involved in subversive activities in favour of Moscow.