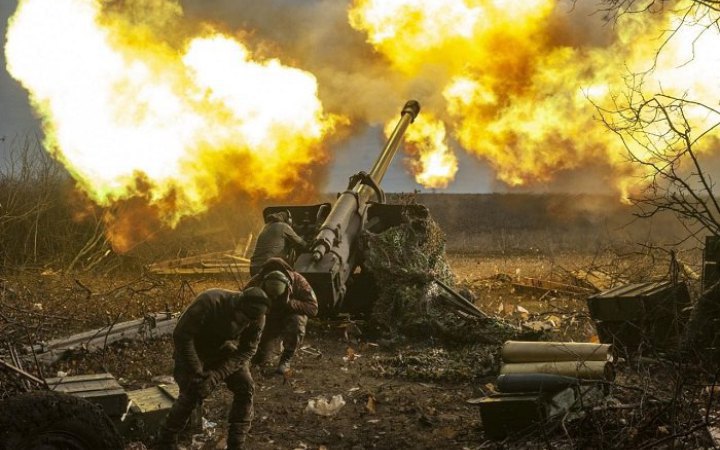 Photo: General Staff of the UAF

Over the past day, the enemy conducted 17 airstrikes and 59 attacks from multiple rocket launchers. In particular, on civilian infrastructure, the General Staff of the Armed Forces of Ukraine reported on Facebook on the morning of the 317th day of the Russian large-scale invasion, according to Ukrinform.

The threat of air and missile strikes remains across the entire territory of Ukraine.

The enemy is focusing its main efforts on attempts to establish control over Donetsk Region, is conducting offensive operations in the Bakhmut and Lyman areas. Russians are trying to improve their tactical position in the Kupyansk and Avdiyivka areas but have no success.

Over the past day, units of the Defence Forces of Ukraine have repelled the occupiers’ attacks in the areas of Stelmakhivka, Makiyivka and Ploshchanka in Luhansk Region and Spirne, Soledar, Krasna Hora, Bakhmut, Klishchiyivka, Kurdiumivka, Pervomayske, Maryinka and Pobeda in Donetsk Region.

In Volyn, Polissya, Siversk and Slobozhansk areas, no signs of the formation of enemy offensive groups were detected.

In the Lyman area, Makiyivka, Ploschanka, Kuzmine and Dibrova of Luhansk Region were under fire.

In the Kherson area, in particular, the civilian infrastructure of Kherson, Chornobayivka and Tokarivka was damaged by artillery shelling.

In the settlement of Kakhovka, Kherson Region, Russian occupiers are trying to ban the circulation of the Ukrainian hryvnya, raid retail outlets and threaten to seize not only cash but also goods in case they find Ukrainian money. According to available information, on 1 January, in Donetsk, employees of the so-called military commissariats began collecting information about citizens born in 2006 for military registration. Due to the high effectiveness of the Ukrainian Armed Forces' firepower, the enemy tightened administrative and counterintelligence regimes in Starobilsk, Luhansk Region. Occupiers are checking the mobile phones of the locals. Particular attention is paid to the persons who have numbers of Ukrainian telecom operators among their contacts.

On 5 January, Ukraine’s Air Force launched 15 strikes on the build-up areas of Russian invaders, as well as 3 strikes on the positions of enemy anti-aircraft missile systems. In addition, Ukrainian defenders shot down an enemy Su-25 aircraft and a Mi-8 helicopter.