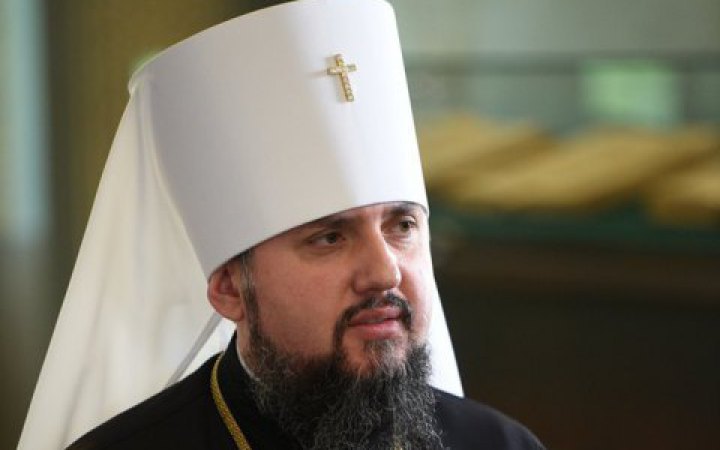 The Orthodox Church of Ukraine (OCU) claims to stay in the Kyiv-Pechersk Lavra. The government was asked to provide one of the churches for the OCU's use back in June.Then it was about the Gate Church of the Trinity or All Saints Church, not the Dormition Cathedral or the Refectory Church, the OCU Head, Metropolitan Epifaniy of Kyiv and All Ukraine, said in an interview with LB.ua.

"We asked to be present, to pray in Ukrainian, to pray in Ukrainian in the Lavra in a difficult time of trials by this terrible war. But everyone said that we should wait until the contract of use by Moscow Patriarchate (MP) of two churches, the main churches of the Upper Lavra, expires," he said.

This agreement expired on 1 January, and the UOC (MP) left the territory of the Upper Lavra. Now the OCU claims to pray in the churches.

"Why do we not have this right? We aspire to this, we ask and will ask the state that the Orthodox Church of Ukraine should also be present in the upper part of the Kyiv Pechersk Lavra, and have the right to use one of the churches or two churches, it will be decided by the state - whether i is the Dormition Cathedral or the Refectory Church of the Upper Lavra," he said.

Epifaniy added that the OCU has taken some necessary legal steps - registered the legal entity "Holy Dormition Kyiv-Pechersk Lavra - Monastery" at the address in the Theodosius Monastery.

"We would like to register at the address of the Upper Lavra, but from a legal point of view, it was impossible, so the temporary address is the address of the Theodosius Monastery. Because of this, the State Service did not respond for half a year ... well, they did react, but the documents continually had to be finalized - that is, the decision was not made on purpose. But the decision had been made by the previous head of this State Service - a legal entity was registered, and, accordingly, we want the monastery to develop as part of the OCU from those monks who are now part of the MP monastery," Epifaniy explained.

The monks from this monastery are now in the process of making a decision.

"We know that there is a large number of monks who have pro-Ukrainian views and who, if we are given a temple in the upper part of the monastery, are ready to join and start creating already our monastery as part of the Orthodox Church of Ukraine," explained the Metropolitan.

He stressed that the OCU seeks to go through this process wisely, peacefully and without enmity.

"I am convinced that over time, the majority of the brethren will join this process, and automatically the issue of the Lower Lavra will also be resolved directly by the brethren of this monastery," Epifaniy emphasized.

The Ministry of Culture recommended not to extend the lease with the UOC (MP). On 7 January, the Head of the Orthodox Church of Ukraine (OCU), Metropolitan Epifaniy of Kyiv and All Ukraine, will celebrate the Nativity Liturgy in the Dormition Cathedral of the Kyiv Pechersk Lavra.