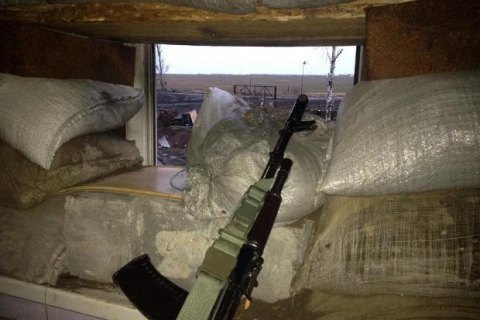 On the frontline
Photo: Sanches

The Pro-Russian separatists have carried out 19 shooting attacks against the positions of the antiterrorist operation (ATO) troops since the start of the day.

Nine times they opened fire on the ATO strongpoints in Pisky. The enemy used small arms and heavy machine guns. An enemy sniper was operating in the area. Cease-fire violations were registered in Opytne and near the Butovka mine, the ATO press centre has said.

The separatists have fired on Ukrainian servicemen with an automatic grenade launcher and an infantry fighting vehicle on the Svitlodarsk salient near Novhorodske. The enemy fired grenade launchers and a mortar near Zaytseve.

One serviceman was wounded during a separatist attack near Pisky, Donetsk Region on 25 January.