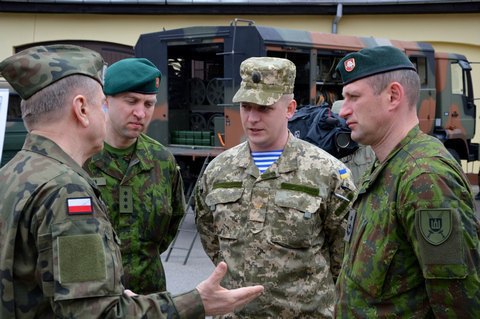 The staff of the Lithuanian-Polish-Ukrainian brigade LitPolUkrBrig opened its staff in Poland on 25 January 2016. Polskie Radio said that the opening ceremony was attended by the three foreign ministers: Juozas Olekas, Antoni Macierewicz and Stepan Poltorak.

"The reports that we have received show a good work has been done, all three battalions are now a well-knit team. There is a high chance and possibly even confidence that the brigade will achieve its operational readiness next year," Macierewicz said.

The brigade is expected to be used in operations under the aegis of the UN, NATO and the EU.