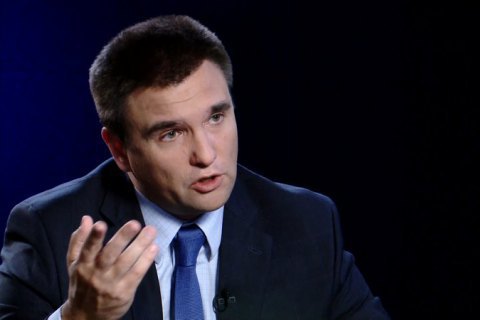 Ukrainian Foreign Minister Pavlo Klimkin has suggested that Turkey should be involved in talks with Russia on the deoccupation of Crimea.

"The question is can Turkish representatives take part in discussing the humanitarian problems of Crimea? I think they can. They can be invited. Therefore the Geneva format as a basis is clear but there should be other representatives too," he told journalists on 5 February.

He also said that he would raise the issue of the deoccupation of Crimea at the Normandy Four meeting on 13 February. "We are putting pressure but so far Russia has been saying that there is nothing to discuss. By the way, I will raise this issue at our meeting in the Normandy format, regardless of its venue. Whether we can start a discussion with Russia on several issues at once is yet to be seen. However we have so many questions, and I hope that Russia understands that these issues are not being settled. Under Russian occupation, Crimea is going nowhere," he said.

In mid-January, President Petro Poroshenko suggested setting up a negotiating group on Crimea's return to Ukraine in the Geneva Plus format including Ukraine, Russia, Germany, France, the USA and possibly Great Britain.