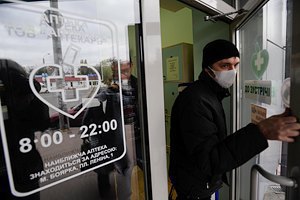 The second wave of flu and acute respiratory disease is expected in late February-early March, the head of the Ukrainian Centre for Control and Monitoring of Diseases of the Ukrainian Health Ministry, Lyubov Nekrasova, has told 112 Ukrayina TV.

"For the past 15 years, the second wave started from the seventh to twelfth week of the year, sometimes it starts on the sixth week. It is caused by another type of virus, virus B. It causes small cluster diseases which do not result in fatalities," she said.

According to the latest data available, there have been 176 confirmed flu death cases in Ukraine since the start of the epidemic season.