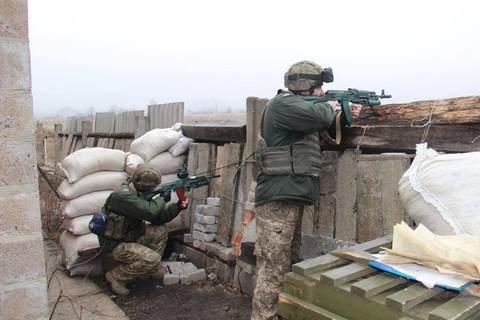 Since the start of the day, the militants of the self-proclaimed Donetsk and Luhansk people's republics have opened fire on Ukrainian servicemen 25 times in all sectors of the antiterrorist operation (ATO), the ATO HQ has said in its regular evening update.

In the Mariupol sector, they opened aimed fire on Ukrainian strongpoints near Krasnohorivka. They used small arms, heavy machine guns, an air defence system and 82- and 120-mm mortars.

On the Svitlodarsk salient, the militants shot with grenade launchers and heavy machine guns near Mayorsk, Troyitske and Myronivske and near Donetsk airport close to Pisky, Opytne and the Butivka mine.

In the Luhansk sector, they fired an anti-tank missile system near Sokilnyky.

Ukrainian servicemen have taken no casualties over the past day.