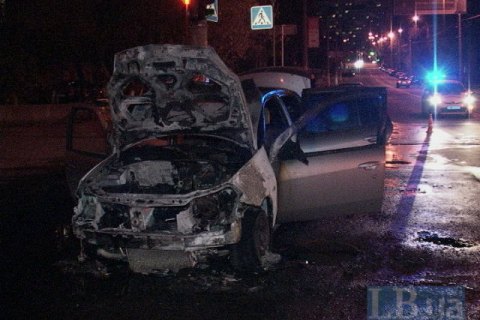 A car burned to ashes in the downtown Kyiv around midnight on 17 April, an LB.ua correspondent reports.

Eyewitnesses to the accident say the Renault car stopped on red light at the intersection of Bastionna and Bilokur streets, and suddenly burst into flames. Two young women, who were in the car, managed to jump out and run for safety. Because of the strong fire, traffic patrol blocked the entrances to the intersection in fear of possible explosion. A fire brigade arrived in a few minutes, but the fire had almost entirely destroyed the car by that time. Fortunately, no people have been hurt.

Experts investigate into what caused the fire.