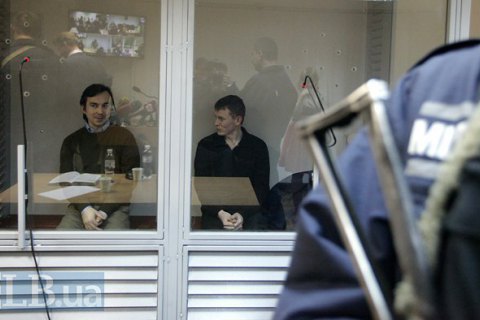 The verdict was announced by presiding judge Mykola Didyk on Monday, 18 April.

During the hearings, Yerofeyev and Aleksandrov retracted the testimonies they had given during the pre-trial investigation, pleaded not guilty and asked for acquittal.

The verdict also holds that both Russians were found guilty of smuggling, illegal crossing of the Ukrainian state border, illegal weapons storage and circulation.

Russian special operations servicemen Aleksandrov and Yerofeyev were detained in the antiterrorist operation area in Luhansk Region on 16 May 2015. The prosecutors charged them with illegal border crossing and a terror attack on the positions of the 92nd brigade.