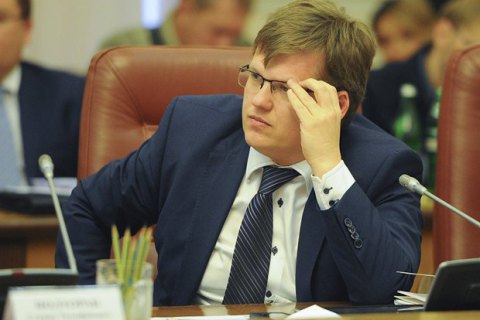 Deputy Prime Minister for Social Affairs Pavlo Rozenko has rejected the idea of the two ministers to resume social benefits to people who are registered and live in the uncontrolled territory of Donbas.

"Reinstatement of social benefits, including pensions, in the occupied territories will become possible only following the full implementation of the Minsk agreements and the restoration of the territorial integrity of Ukraine,” the Cabinet of Ministers' press service quoted Rozenko as saying.

The social benefits are currently paid only to internally displaced persons from uncontrolled territories that permanently reside in the territory controlled by Ukraine.

Rozenko said Ukraine simply cannot pay social benefits in the uncontrolled territories because government agencies and Ukrainian banks do not work there.

"As a deputy prime minister I do declare that we will continue to set social benefits in order and combat the siphoning of budget and pension funds to the occupied territories in cooperation with the Security Service of Ukraine," Rozenko said.

The official said he would take the process of verification of social payments to internally displaced persons under his personal control.

Earlier, the minister for the temporarily occupied territories and internally displaced persons, Vadym Chernysh, said that the residents of the uncontrolled territories of Donbas were entitled to pensions and social benefits.

Likewise, Social Policy Minister Andriy Reva said that the government must pay pensions and social benefits to people who are registered and live in the uncontrolled territories of Donbas. People in occupied Donbas should be allowed to travel to any place in the government-controlled part of Ukraine to retrieve the money and return, in his opinion.

On 1 December 2014, the Cabinet of Ministers cut the self-proclaimed Donetsk and Luhansk people’s republics (DPR and LPR) off the transfers from the national budget and stopped paying pensions and social benefits to their residents.

The Cabinet of Ministers, in response to the court decisions, said that the state would not renew the social benefits in Donbasas it was “technically impossible”.